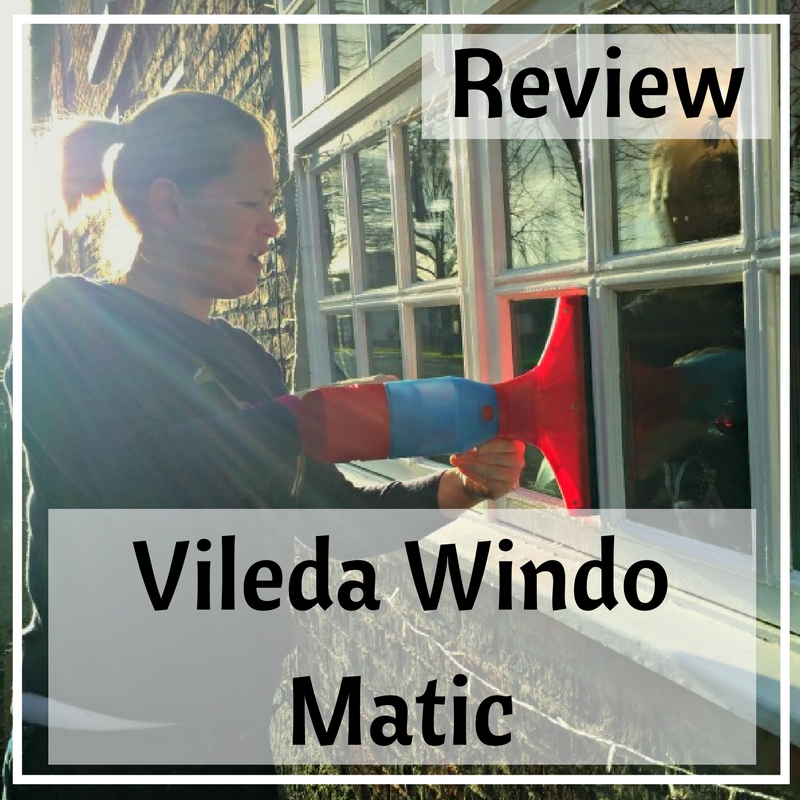 When I received an email about the Vileda Windo Matic, I have to admit that my first thought was, is this even a thing? I had no idea that such a gadget even existed and had been living in blissful ignorance but after reading about it, I had no option but to say yes out of shear curiosity.

The window vacuum arrives in a modestly sized box as the sucking blade is removable which makes it great for storage in between uses. 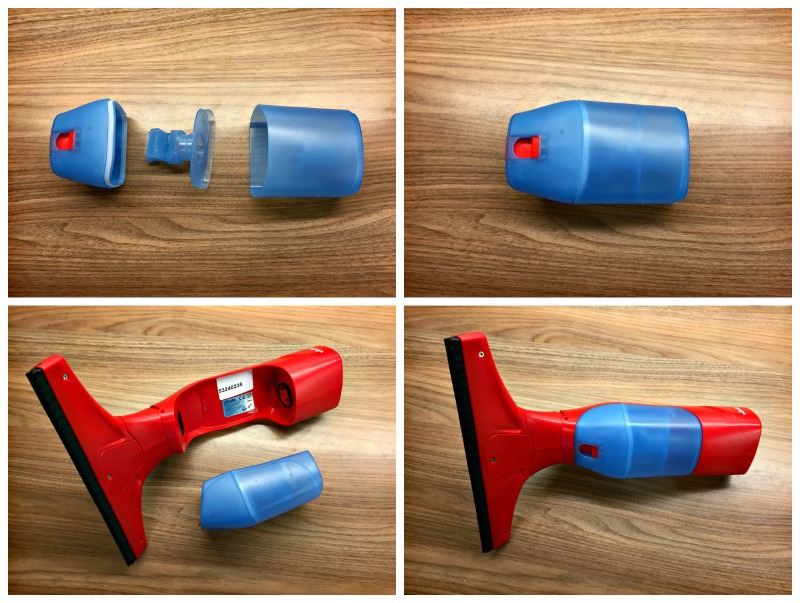 My son immediately gravitated towards it and found that it came with a bit of charge but they do suggest that you charge it properly before first use. It comes with an adapter plug that fits straight into the handle of the device and a red light shines whilst it is on charge.

We first tried it out on a spill. A number of spills to be precise as Bear thought it was the best thing ever. He actually had the first go with it and I just had to watch on but I have to admit that I was very impressed that it sucked up all the spilt juice and left the kitchen top dry and not sticky. That was it’s first test and it passed with flying colours. It has since come into it’s own as we have oak floors downstairs and a labrador with a coffee table height tail that wags and has a canny knack at knocking cups of coffee over if you’re not careful and I’ve reached for it over kitchen roll every time. 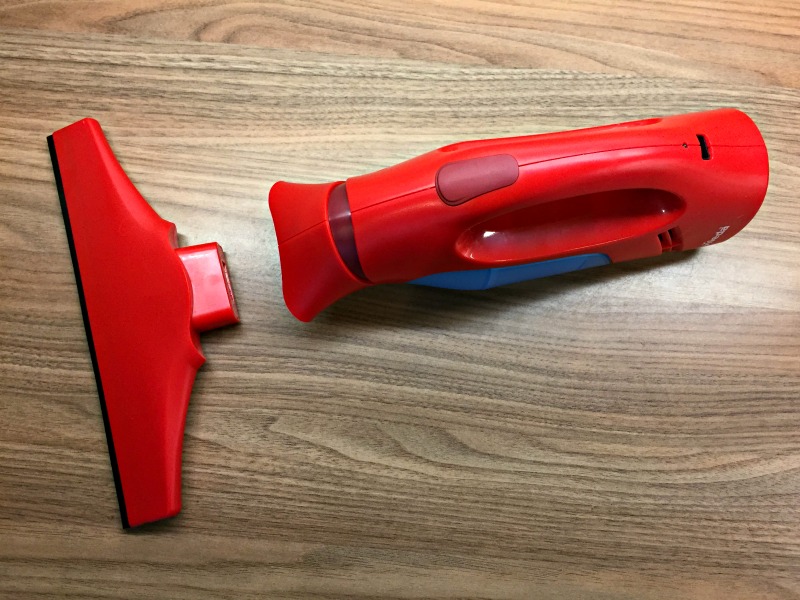 The next test was to try it in the bathroom on the shower screen, with lots of soapy suds. Bear, again got to use it as sometimes it’s not worth the argument and it means that I can watch and take note. He pulled it pretty fast over the soapy water and I actually told him to slow down a little as I wanted to give it a fair test but I needn’t have bothered as it did the job just fine. He changed direction multiple times but it still didn’t leave a streak. The shower screen was clean before hand but it generally is and it is certainly good at getting the condensation off  the screen window and mirror on a day to day basis.

The last place I tried it was the windows – it’s main intended use but there was a reason for this that hadn’t twigged with me until it arrived. I live in an old little cottage in Yorkshire and our big windows are made up of wooden framed panels of glass. All the upstairs ones and the top half of the downstairs ones are all too small for the blade of the vacuum which was such a shame. I could still give it a go on my patio doors though and the bottom half of my windows. 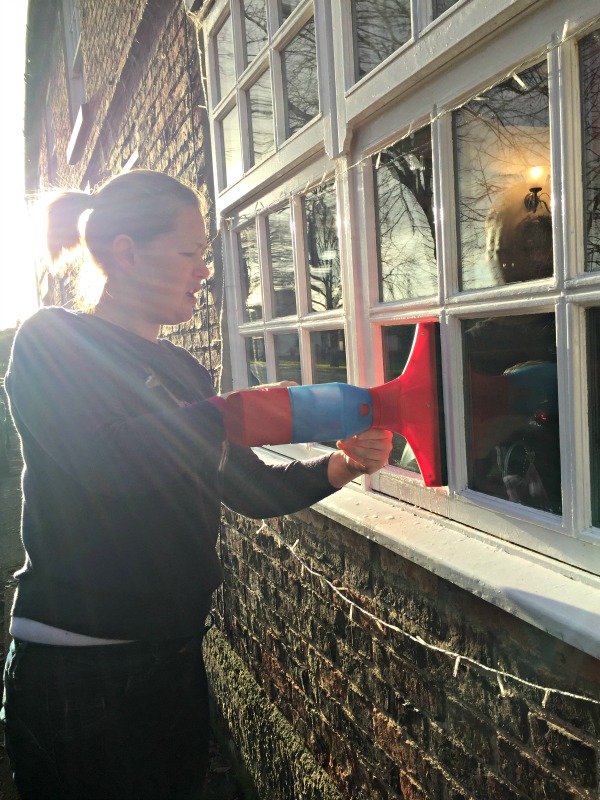 I decided to brave the cold and gave it a go from the outside. I just used some warm water with a little washing up liquid in it, gave them a quick rub with a cloth and then used the window vacuum to suck the soapy / dirty water off. It did a fabulous job and didn’t leave a single streak. I soaped all of the front windows and then sucked it off before going round to do the back windows. My house isn’t very big to be fair but there was still plenty of power left over.

All in all, I really like the Vileda Windo Matic. I only wish that it had a smaller head that either came with it or was available to buy separately as certainly in rural areas, there are a lot of houses with smaller panes of glass. If this were the case, I would give it a full 5 out of 5 stars as it does exactly what it is intended to, but for us, the best place that we could use it would be in my son’s bedroom where we often have a lot of condensation due to a humidifier running for bad winter coughs and in there, we have the small panes of glass. How annoying! If you have an issue with condensation in your house, I would certainly seriously consider buying one of these or even if not.

I give the Vileda Windo Matic, 4 out of 5 stars. It would have been a 5 star rating if it had interchangeable head size as it does exactly what it says on the tin.

To see it in action:

I hope this helps,