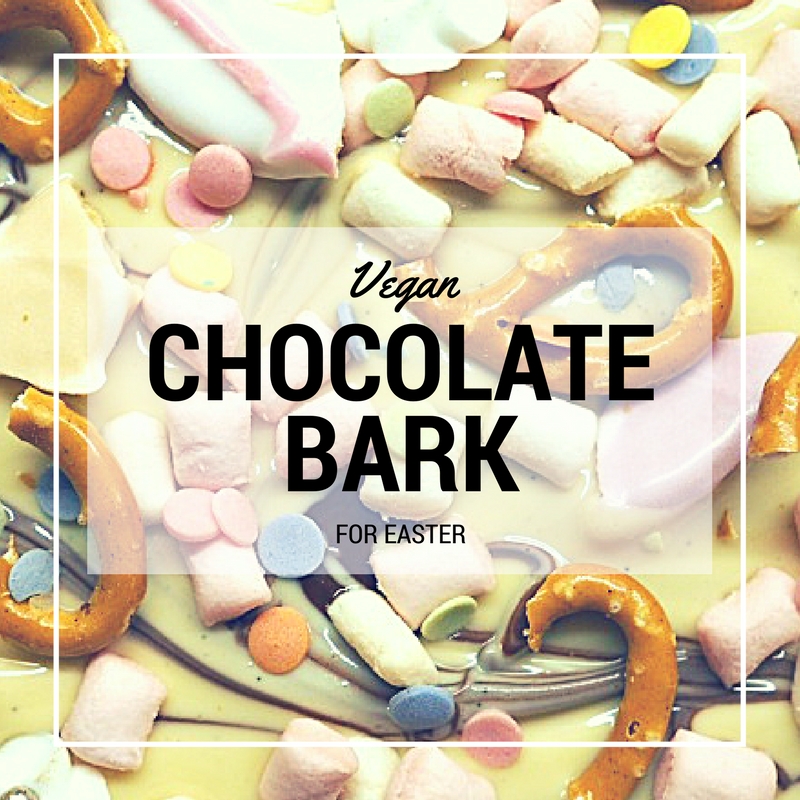 I’ve seen chocolate bark all over pinterest in the last few years, especially at Easter and have wanted to try it but I never got round to it before adopting a vegan diet. I thought it was a chance lost until I did some research and shopping around and realised that I could still make some. It’s also a great recipe if your children are dairy free as they don’t have to miss out. 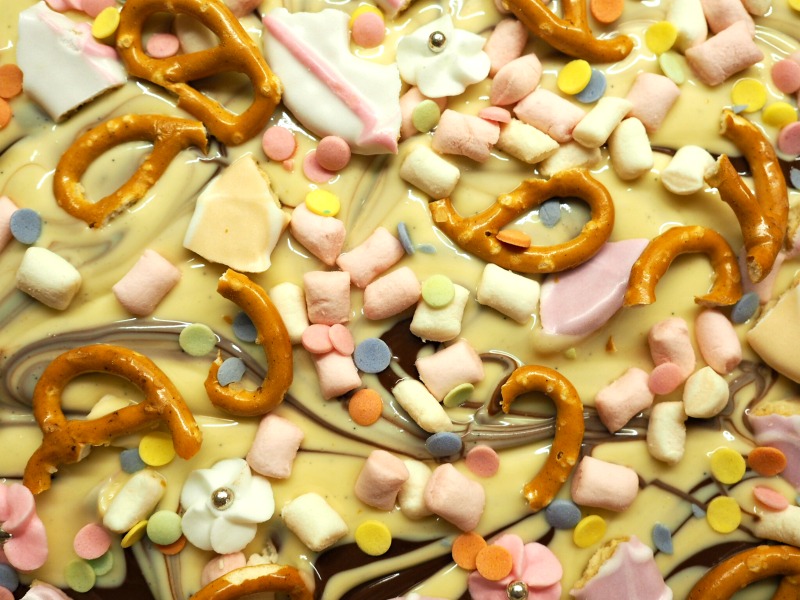 We added sprinkles to our bark as well. Sprinkles are hard when you’re vegan. You just need to check the ingredients well as you can find them that no longer use cochineal (colour derived from beetles) or a beeswax glaze, it just takes a little longer. You can add whatever you like to this bark, your dietary choices or restrictions are the only thing that need guide you!

The beauty of this ‘recipe’ is that it is so easy.

To melt the chocolate, I filled a pan with hot water, placed the bowl of chocolate on top and Bear stirred each one until it was fully melted. Whilst this was happening, I lined a small baking tray with greaseproof paper.

Next, we poured the Bournville chocolate into the tray, tapped it to level the chocolate and then spooned the white chocolate on top.

I gave Bear a chopstick and asked him to swirl it around, mixing the two chocolates.

I had chopped the biscuits and pretzels already and Bear sprinkled them on top, along with anything else that he could get his hands on…

Then, pop it in the fridge to cool and set, take it out of the tray and break up into as many pieces as you’d like, before sharing. I know, strange concept. Who shares chocolate? A Mum who didn’t hide it fast enough, that’s who. 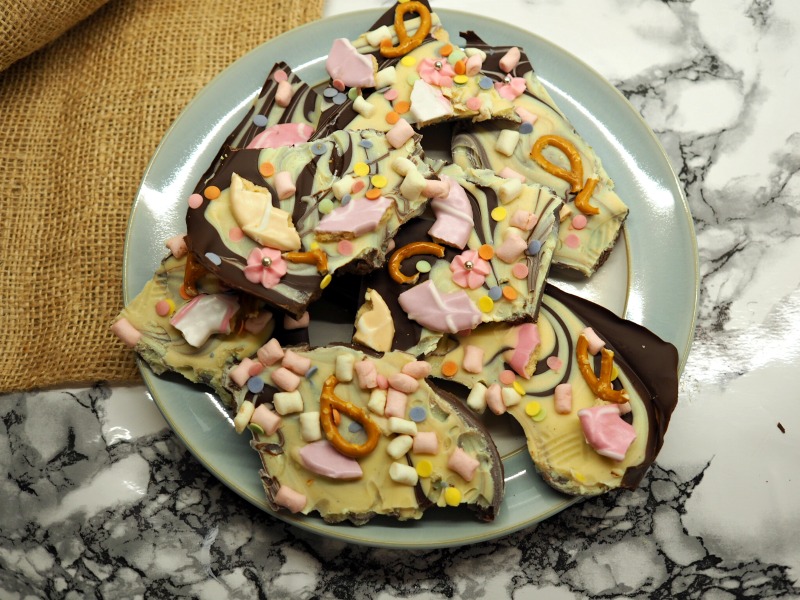 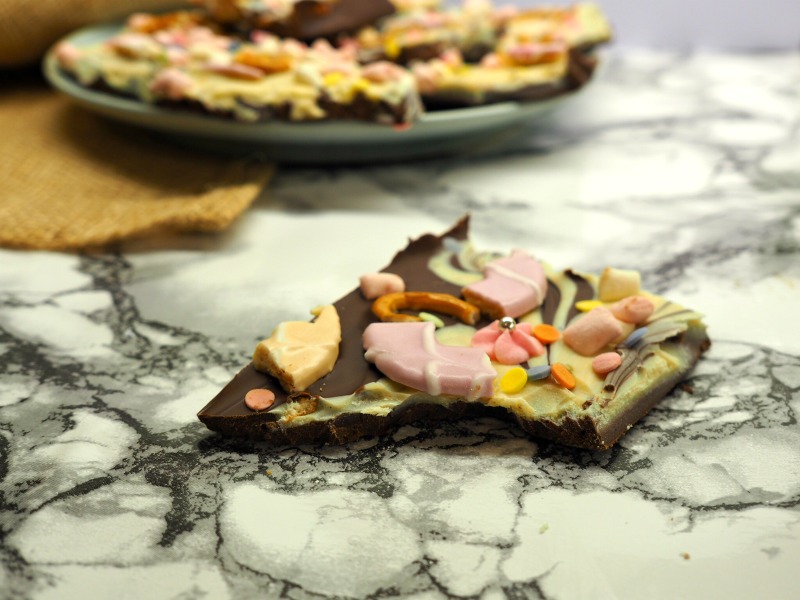 We hope you like this idea for Vegan / Dairy Free Easter Bark and get the chance to make it. 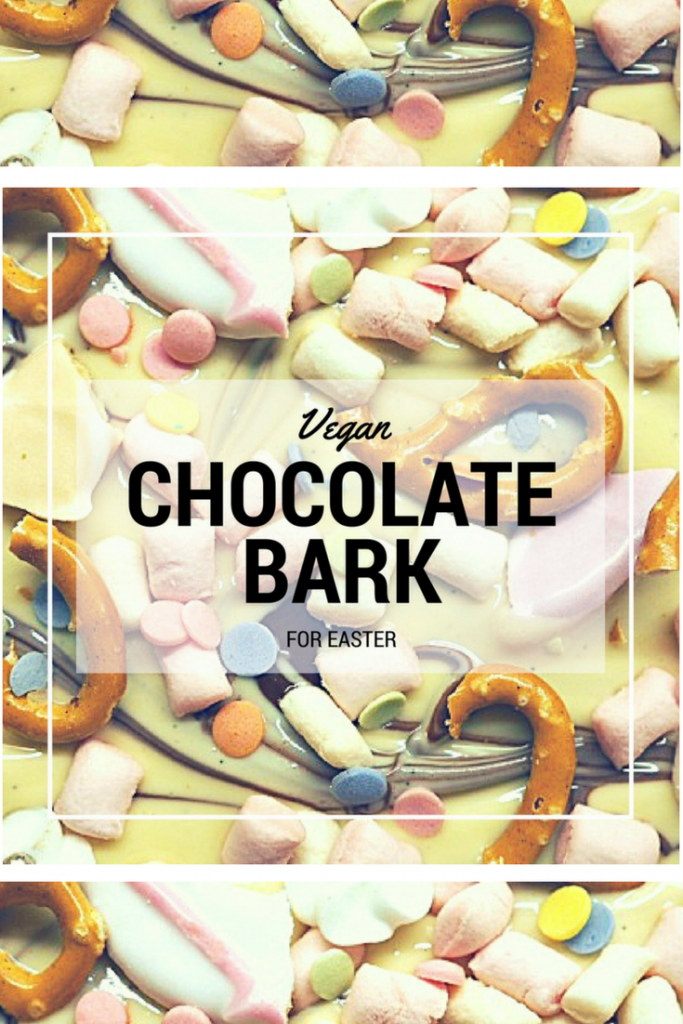