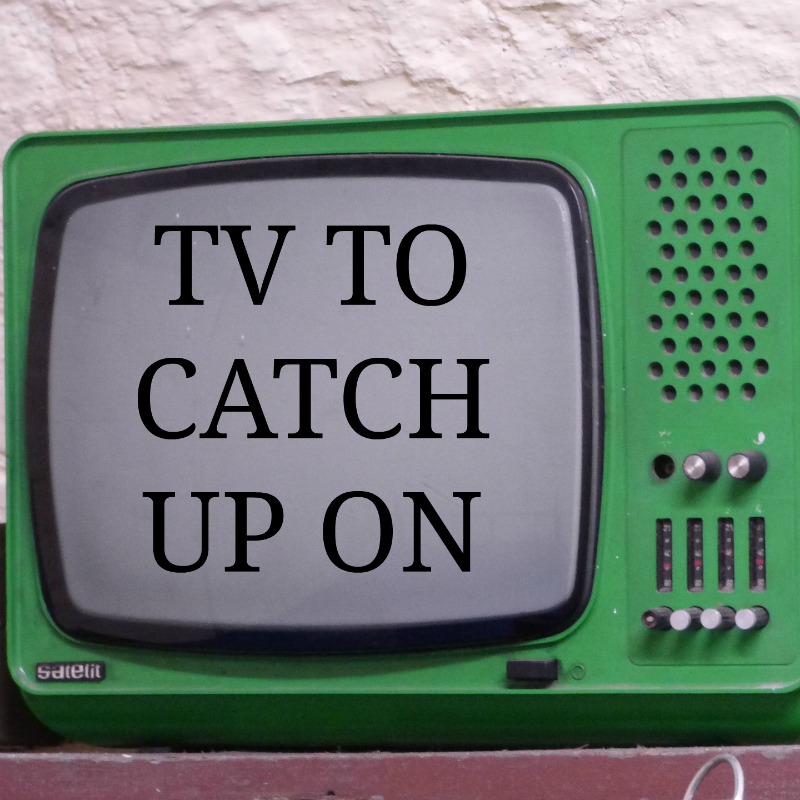 If you’re anything like me, you rarely get chance to watch any live tv. Everything that I watch, unless it involves cbeebies or milkshake, is via iplayer or channel 4 on demand. I watch on my tv through my Now tv box (not an ad for them, but I do rate it) or more often than not, I unashamedly watch programs on my iPhone in bed. I know the screen is small but when it’s inches away from my face, it doesn’t matter. So, these are my recommendations for TV that you should catch up on (if you like documentaries and have a vague interest in parenting or health. If not, you will probably be bored or annoyed. Sorry).

Number 1 is a fascinating, moving and incredible story.

The Boy with No Brain: Extraordinary People which is available on 5.

When I first saw a trailer for the show, I knew instantly that I would want to watch the program. Noah Wall is an amazing little boy with an incredible family. He was born with less than two per cent of his brain. Can you imagine that? You actually don’t need to as his bran scans are shown. At her 20 week scan, it was discovered that Shelly’s son, Noah, had Spina Bifida and had also developed a severe complication – Hydrocephalus. Medical predictions for Noah were heart breaking. He may not have had enough brain volume to sustain life after birth, or at best, he would have severe mental and physical disabilities.

3 years on and Noah can propel himself in the coolest wheelchair I’ve ever seen. He talks, plays, laughs, drinks cups of tea and a is a whizz on an iPad. How on earth could this be possible with so little brain?

It isn’t a case of his brain being hidden underneath fluid, his brain had been compressed to 2% of it’s original size. A small thin layer was all that remained. We all know how delicate the brain is and how fluid and pressure on the brain after an accident for instance, for even a short period of time, can be life threatening and disabling. How has Noah achieved so much? We see many medical specialists who are astonished. Noah has and continues to teach the medical profession.

A fabulous watch that is available on 5 until October 2017.

Number 2 was a surprise to me. I hadn’t heard anything about it other than glimpsing the ‘presenter’ doing the rounds for promotion but I didn’t know why.

Ok. I’m not Anne Robinsons biggest fan and she’s she’s definitely had too much work done to her face which was distracting to begin with – I really didn’t expect to like it but I only heard about the program due to reading another bloggers positive write up after watching it herself and was intruigued.

She starts by visiting a family that practices gentle attachment parenting. The Mum did not and will not leave any of her children under the age of 2yrs, with anyone, even their Dad. She co-sleeps, extend breastfeeds, home schools and happily admits that the children are more important to her than her husband. In front of him. She also easily states that on a scale of 1-10, where 10 is the best, she is easily a ten when it comes to being a Mother. I don’t agree or disagree but bloody hell, I admire her self confidence and wish I could quiet the Mummy guilt, ignore the ex’s putdowns and rationalise the grumpy moments so that I could confidently state that I was a 10.

Maybe her scowls or digs were edited out but I didn’t expect Anne to be able to watch or listen to this style of parenting without a put down and an attempt to belittle the thinking behind the style. Perhaps the persona behind The Weakest link was an act?

She then orchestrates a ‘Wife Swap’ type situation but without the swapping. Each Mum got to spend time in the other’s home, alone with a manual and then spend 2 days shadowing and observing each others way of parenting. The Mum’s were polar opposites and I’ll leave it at that.

There are other families featured in the show, hands on Dad’s too but I won’t tell you everything as there would be no point you watching it.

I found it a really pleasant and interesting watch. I am so nosey and love seeing how other people live. It fascinates me and quite often gives me idea’s.

This episode is the first in a 3 part series. The other episodes are Pet Secrets and Body Image Secrets. They are all available on BBC iplayer but be quick – Parenting Secrets is only available for another 10 days ( until 10th November 2016 by my reckoning but don’t quote me) and the others for 18 days and 24 days respectively.

My third and final recommendation that I think everyone should watch, is

A World Without Down’s Syndrome? also available on iplayer (Only available for 6 days until Saturday %th November 11.50pm 2016).

The documentary has been made my Sally Phillips who many will recognise from Bridget Jones and Miranda. Sally’s 11 year old son, Ollie has Downs Syndrome and her reason for making this film, is to open a debate about the new test that is offered on the NHS that gives a non invasive, 99% indication as to whether an unborn baby has Downs Syndrome or not.

Why? Statistics show that other countries that use this test have had an increase in the rate of terminations after a positive result.

Sally raises what are to me, immensely important questions about the ethics surrounding screening.

Critics have said that as the mother of a child with Downs Syndrome, she is too emotionally involved with the subject matter to help a balanced discussion flow and of course I see their point, but her aim was to ask questions and highlight the debate that needs to take place. My personal feeling is that no one can give both sides of the story. Many can give the medical facts and statistics but in order to know about people with Downs, you have to spend a lot of time getting to know people with Downs. I believe that if you spend a significant amount of time with people who have Downs Syndrome, its hard to be objective.

One thing (of many) that she said has really stuck with me from watching this documentary: “…people with downs syndrome are a type of person…..not a disease…”.

I hope you get the opportunity to watch these documentaries before they leave iplayer.