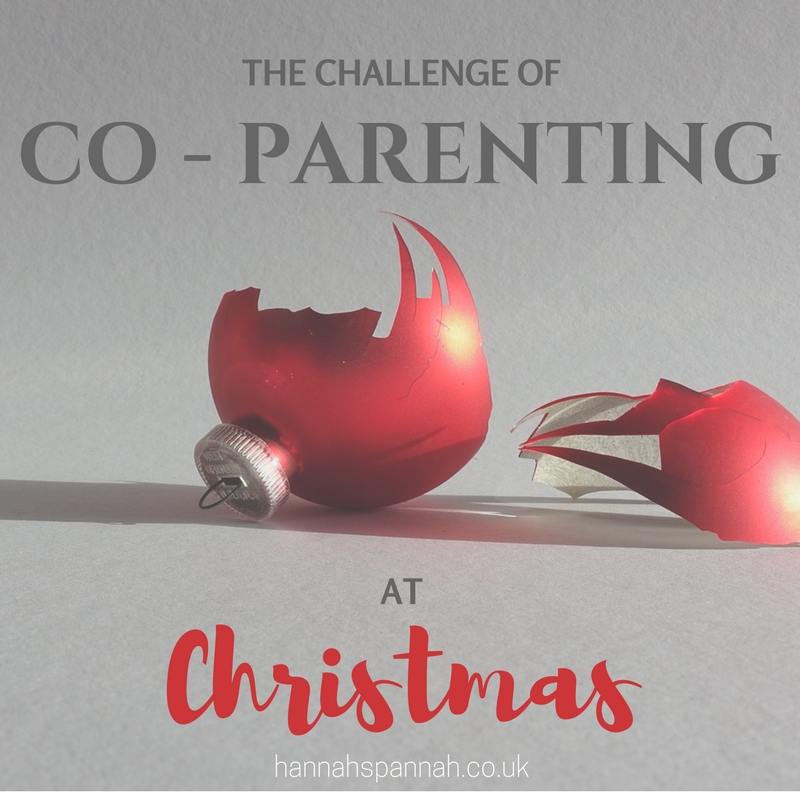 Here we are, we are hurtling towards my favourite time of the year but as the joy arrives, so does the challenge of co – parenting at Christmas.

Lets be real, co parenting is hard. Really bloody hard and my ex and I are a crap example of how to co parent productively. I wish it were different and I have offered and tried everything but it gets us no where. I’d like to get together, sit down and plan Christmas but I don’t think it’s going to happen.

Starting at the beginning, Bear’s dad and I broke up before we had ever had a family Christmas. We hadn’t had the opportunity to start our traditions or to play it out.

Bear spent his first Christmas day with his Dad. He hadn’t slept over at his Dad’s yet and so woke up at our house and then his Dad collected him, they spent the day with his family and then came home at tea time. On Christmas night, I got to play Father Christmas and we celebrated on Boxing Day, as if it were Christmas Day. The next year, he spent boxing day with his Dad and to be honest I don’t really know what happens there. The next year, Bear was almost 3 yrs old and we again shared as we had before and again, I celebrated Christmas Night and Boxing Day as if it were Christmas Eve and day and he woke up to a stocking. 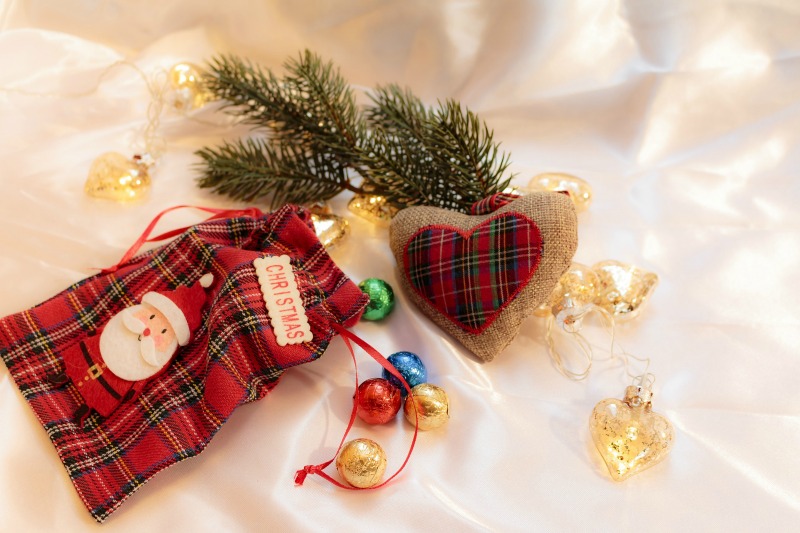 This year, Bear is almost 5 years old, much more clued up on the media / movie Christmas and will be spending Christmas Day with his Dad. He doesn’t want to sleep over on Christmas Eve and so will wake up at home with me and then his Dad will pick him up for the day. This is where the problems begin. He will be with me on Christmas Eve and so he will get his Christmas stocking from Father Christmas when he wakes up but what to do next is the dilemma.

I’m not 100% sure but Bear might be collected quite early on Christmas morning – at about 8.30am and then he can go to Church with that side of the family, open his family presents and then he wants to come home at night-time.

The tradition that his Dad wants to start is that Father Christmas brings a stocking with things such as ‘pens’ and little bits and that’s that. Father Christmas doesn’t bring proper presents supposedly and there will be nothing under the tree from the big man, all gifts are from his Dad and his family.

I really struggle with this as in my mind, children write a letter to Father Christmas and the big man brings one or two of the main presents the rest are from parents, friends and family. Because Bear doesn’t want to sleep over at his Dad’s on Christmas Eve, my quandary is that up until he made that decision, Bear had been asking about where his presents will be from F.C. I had explained that his presents will be delivered to wherever he sleeps. As he will be sleeping at our house, F.C will be bringing his stocking and one or two bigger gifts here but it feels so wrong for him to wake up, get these presents and then get whisked away from them. I would rather he got his proper F.C gifts at his Dad’s house – I would wrap them and send them as I don’t need the glory but that wouldn’t make sense. I’ve tried to think of some kind of a story, that Father Christmas left his stocking here for him and then on Boxing Day, when I’ll be giving Bear all of his presents from me and my family, we could find glitter snow footprints and a letter explaining that F.C hid his presents in the boot room and tadaa, he gets proper gifts from F.C but again, that doesn’t make sense.

I’ll happily let him take his new opened gifts to his Dad’s house on Christmas Day, I’ll buy and give his Dad the presents to give to Bear on F.C’s behalf, and if would work, I’ll ask him to take his Father Christmas presents to his Dad’s house to open them there but a part of me will find it hard to make him wait as my family tradition has been to open presents when we wake up although I know that some families open presents after lunch. I’ll do pretty much anything to make Christmas as wonderful and magical as I can but something feels wrong about him waking up, feeling the magic and getting his presents and us doing all of our little special bits and bobs that I’m building as our traditions and then me having to rush him to get dressed, eat up, brush his teeth, stop playing and bam – he’s pulled away from it all to go to Church and start all over again and try to build the magic but with no Father Christmas or Mummy. 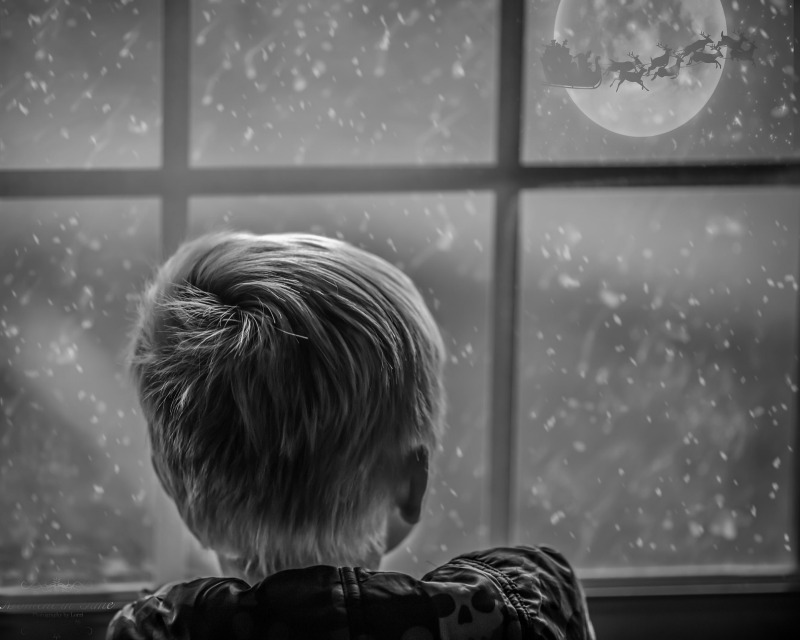 The problem is that neither his Dad or I have been through this. We don’t know what it’s like to have to split Christmas in any way. We’re used to waking up, spending the day with our family and toys and just breezing through the festive period.

Our Christmas co – parenting has always been to share and alternate but I’m wondering if we need to adapt to suit Bear. We had assumed that by now, Bear would spend Christmas Eve and day with one parent, Christmas Night and Boxing Day with the other. Here we are, 5 Christmas’s in and I’m not sure that it’s working. As Bear doesn’t want to sleep over at his Dad’s, I think that maybe he should spend Christmas Eve and day at home and then go to his Dad’s on Boxing Day morning for the day. However, although I have asked, we have not been able to sit down, discuss and plan for this year. I know that his Dad will not be happy with this suggestion and I can totally see why and if it were the other way round, it would be upsetting but I don’t know what else to suggest. Bear has already started to make small noises about wanting to stay at home with me and I’m not encouraging it in anyway – the exact opposite as I’m ‘bigging up’ the fun he will have at his Dad’s house as I do, constantly but at what point does it become less about what we as parents want and more about the children? No parent wants to spend Christmas Day apart from their children. Of course we don’t, but in all honesty, It doesn’t upset me.

My sister is 5.5 years older than me and has been with her husband since they were 16 yrs old. She began to alternate her Christmas Day’s between his and our family and so instead of us having Christmas without them, from my teenage years onwards, we would celebrate Christmas Day with them one year and the following year, we would almost ignore Christmas Day and celebrate fully on Boxing Day – we would save presents, the full meal, you name it, until the next day. It meant that my sister and her husband got 2 Christmas’s every year and everyone got to have a family Christmas. 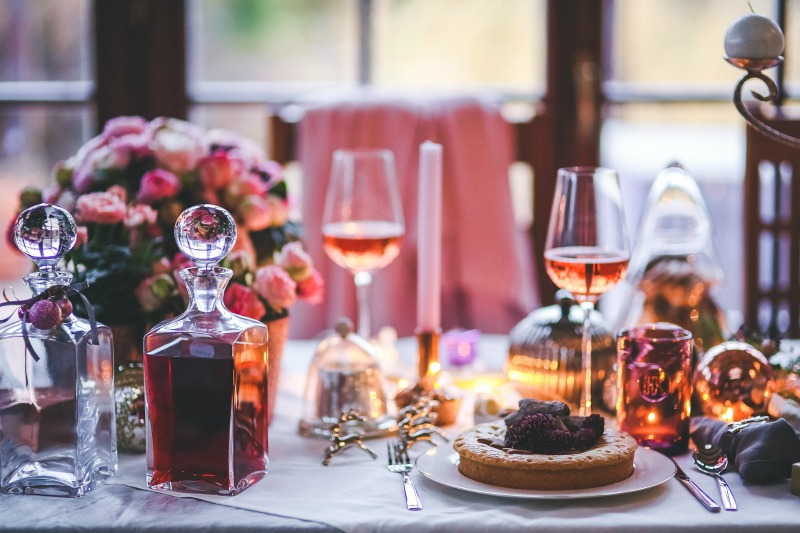 A few days have past since I wrote this article – still not published as I’m waiting to speak to Bear’s Dad first but Bear is getting anxious. He knows that it’s almost advent and Christmas is becoming a focus. I snapped at him for not listening last night and he burst into tears. I comforted him and asked him if he was ok and he cried that he loved Christmas and wanting to be at home with me on Christmas Day. I told him that we would have Christmas Day on Boxing Day and he cried that no, he wanted to spend Christmas Day and Boxing Day at home.

This is so hard. I want my baby to have the type of Christmas that I had. I don’t want him to be taken away from his home on Christmas Day – as I know a lot of parents feel and so they stop visiting grandparents for Christmas and have them come to stay instead. I don’t think Christmas should be formal with rules, it should be about love, family, sharing and if you are religious, celebrating the birth of Jesus. But, And it’s a big but. What do you do when your family is ‘broken’ and the children don’t want to Christmas that you’ve planned? I can’t bear the thought of having to make him leave. I can’t bear the thought that he’ll be unhappy and feel pushed away by me on Christmas Day as in order to make him leave me, I have to tell him that I have jobs to do and that he can’t stay as it will be boring and that it’s time for Daddy time as Mummy gets to play with him all the time. If my Mum had said that to me on Christmas Day I’d have been heartbroken.

I’d really like to hear your perspective if your parents were separated when you were young. Did you have to split Christmas between your parents houses? Did you always spend Christmas with one parent? How did you find it? What worked and what didn’t? I don’t want my son to look back at his Christmas’s and to able to say that he didn’t like one aspect or the other. I want him to look back at being happy and remember the magic.

I’d also like to find out what happens in your family if you are the parents that are separated. Do your children spend Christmas Day with one parent every year? Do you alternate Christmas Day and Boxing Day or do you alternate the full season i.e.: Christmas with one family one year and New Years with the other and the alternate?

I also want to point out that I have in no way engineered this. If Bear does end up staying with me on Christmas Day, we will have a lot to change. My Mum and Dad were planning on coming to my house on Christmas Day to put together and install a fabulous climbing frame that they and my sister and husband have bought him for Christmas. We need to lay safety flooring and then we were going to prepare Christmas Dinner to cook and eat on Boxing Day. If we do have Bear, we’ll have to do all of this on Christmas Eve, or rather my family will as I’ll need to take Bear out for the day (or maybe he could spend the day with his Dad?). Also, my sister and her husband will be with his family on Christmas Day and so we won’t get a full family Christmas. I need to make plans for all eventuality so need this conversation to take place soon.

Please do let me know as hearing what other people do can help.