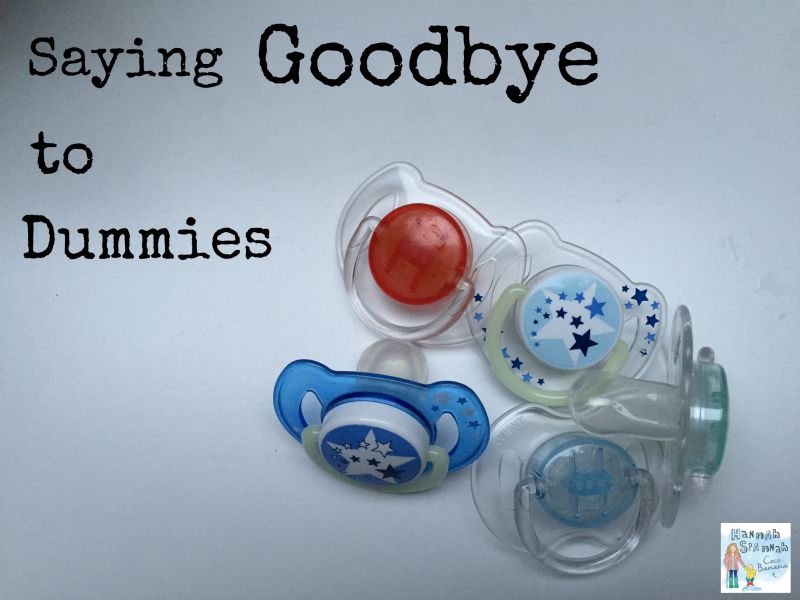 Oh my goodness. No sooner do I go on a rant about how my son has a dummy at 3 and a half years and so what of it after Harper Beckham having a dummy caused uproar, than a week or so later, we are saying goodbye.

Why? We have no choice and my little man has been heartbroken. 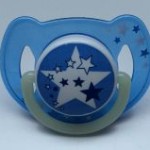 We have just enjoyed the most fantastic long weekend, camping with my sister in her campervan on the North East coast of Yorkshire, in Filey. We had glorious weather and enjoyed the beach, swimming, meeting friends, making new friends and one of the things I loved was the safety of the site. Little man was able to make friends with the children camping around us and they were able to play and roam and explore with one of the parents keeping an eye.

It was Sunday morning and we were packing up. Little man was riding his bike, and having a great time. He was riding in circles and misjudged it. He tried to turn in a tight circle, turned the handle bars too much and fell off. His mouth took the impact.

Screams and blood came pouring out. You know what mouths are like. They heal quickly but my goodness do they bleed. I ran to him and sat on the road, put him on my knee and cuddled him. After a minute or so, knowing that he was bleeding, I had a look, expecting to see that his tooth had gone through his lip. It was worse than that, it was his left front tooth. The one that he always knocks. It’s been grey and slowly come back to white and has a tiny chip out of it already.

The tooth was a good 4-5mm lower than the other one, it had come out a little. I felt sick. Not at the blood but at the damage and the possible treatment he would have to endure and that he may end up losing it. My gorgeous little boy, gap toothed for 4 years or so. 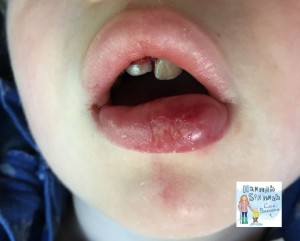 We raced to the dentist and thankfully he had done the best thing that he could has done (silver lining) and that hopefully it will spontaneously reposition itself.
Thank goodness for that. However, it may not need pulling out but his lips, gum and teeth are so sore. I told him that it was going to hurt but he was so sad and tired after the trauma of it all that he was desperate for his dummy. ‘Come on A, you can do it’ he said and put it in his mouth. His face crumbled as he took it out and cried that it hurt. The tears weren’t because of the pain but because he couldn’t have his dummy. ‘I’m so upset Mummy, I’m so sad that I can’t have my dummy’. He calmed down and I managed to divert his attention but during the afternoon and evening, whenever he remembered or felt tired, he cried and cried his little heart out. 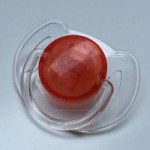 We had a chat about his dummy’s and that the dentist had said that it was time to give up dummy’s for good and I cheered him on by suggesting we buy a goodbye dummy’s present. Just before the shops closed, we went to the shops and he chose a truck.

Bedtime, of course, brought more tears. I was expecting them and we sat and cuddled, read books and watched some tv as a treat. He was so tired that he went to sleep relatively easily but later than usual. He woke early and instead of lying and dozing as he used to do, he was wide awake immediately – a side effect of no dummy.

As his dummy was limited for bed only, he didn’t miss it on day 2 and it was only as we climbed the stairs to bed that he remembered and started to cry. Such a sad, heartbroken cry. He wanted to try a dummy again to see if it still hurt but I reminded him that it would and that he had his new truck as his goodbye dummy present and he said he would give the truck back! Oh dear!
I knew that this would happen and so I had cut the teats off all his dummies and thrown them away so that I couldn’t have a moment of weakness.

We went through the same routine as the night before and after tears and cuddles, he went to sleep. I had tried to appease him though buy suggesting though that if he managed to sleep without his dummy, we could go out and buy another little treat. Oh god, I’m so weak!
Today is day 3 and we are now the proud owners of a car transporter! I must be stronger! No more presents! 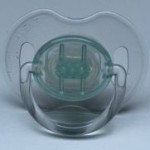 Guilt. Bloomin Mummy guilt. It is nonstop. I feel so bad for him but I know that it’s best this way. The poor boy has to go cold turkey whether we or he wants to or not and it would be bad of me to give it back to him when his mouth heals, only to have to go through this again in the future.
I’m hoping that tonight will be easier and that we’ll have less tears. Everyone has told me that the first 2 or 3 days are the worst and I know this myself. It’s just so much harder when it’s your own child.

Here we are on the morning of day 4. Last night we had no tears. He saw these photos as I was editing them (silly mummy!) and he said ‘those are my dummy’s Mummy’ but that was that. No tears, no nothing. I just find it takes longer to calm him down (from being a crazy live wire) and in turn, he goes to sleep later but I’m sure time will change that.

Are you facing this soon or have you been through the dreaded dummy removal?