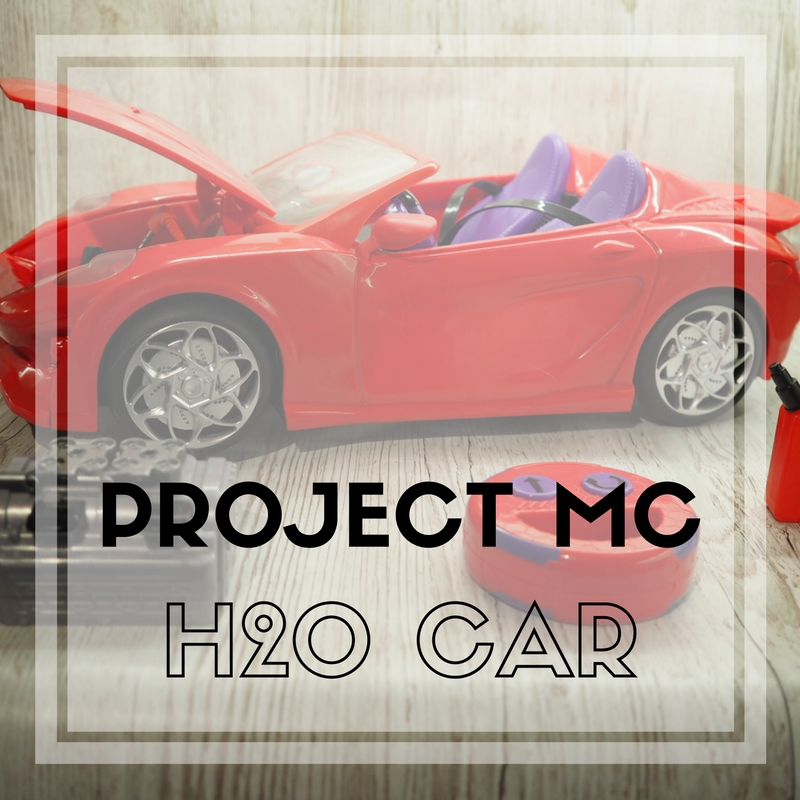 My son was absolutely delighted to receive the Project MC H2O car to review. We have not actually seen the TV show that it accompanies as it is on Netflix which we sadly don’t have but that didn’t bother Bear he loves it regardless.

Project MC² is a TV show based on a group of super-smart girls who become secret agents who use their science and tech skills to save the day.

I don’t agree with gender specific toys which isn’t a criticism of this toy but the fact that it is aimed at girls primarily and is a pinky shade of red doesn’t bother me and more importantly, didn’t bother him. 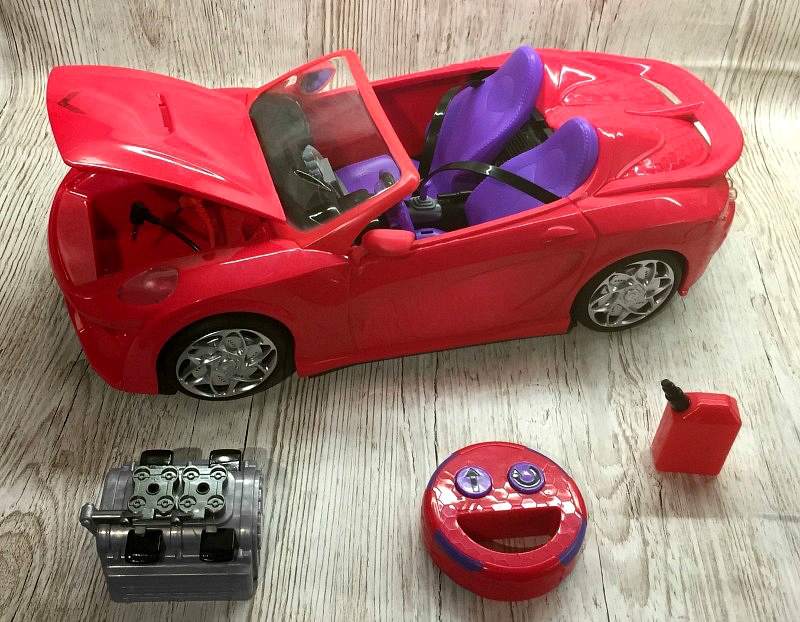 The car comes with a separate engine and oil can and requires 8 AA batteries. My son loved that it had an oil can as it furthers the role play and that was before he knew that it was more than just a prop. Imagine his delight.

I pointed out the engine to him and explained that he needed to plug it in and that made him even more excited. He loves to figure things out and a really enjoys toys that he has to do something to make it work. I liked the detail that the batteries go in the engine as it makes it that little bit more real to life. 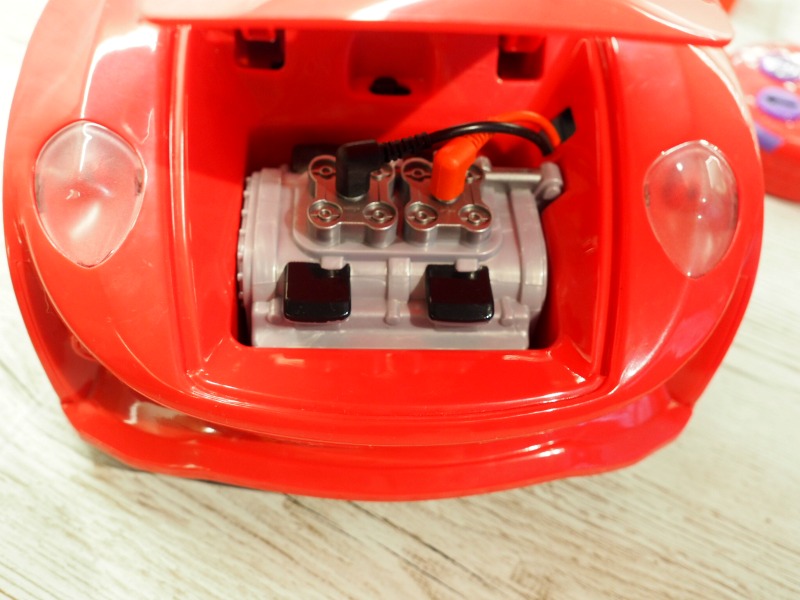 Once you have the batteries in the car and remote control unit, you then need to add water in the same way as we add petrol to our cars. He was so desperate to do this! If you get one, make sure it’s plugged in properly and turned on (there is a switch on the remote and and one under the hood of the car) as then the ‘magic’ really works. As you squeeze the water in to the car (my son was more than capable of doing this himself) the lights suddenly start flashing. This excited me as much as my son.

Now, you can drive it but the magic and the surprises don’t end with the lights coming on. Once the buttons on the remote are pressed, STEAM comes out of the exhausts at the back, around the lights! Its fabulous!

My son thinks that this car is the bee’s knees. He has so enjoyed playing with it and my suggestion that we put it away until Christmas was met with a big “No, Please??”

The car fits two dolls from the tv series or other popular dolls that you can buy and is really detailed inside when it comes to the dash and gear stick etc. The seat belts even ‘plug’ in and the steering wheel turns and it’s things like this that make a difference. 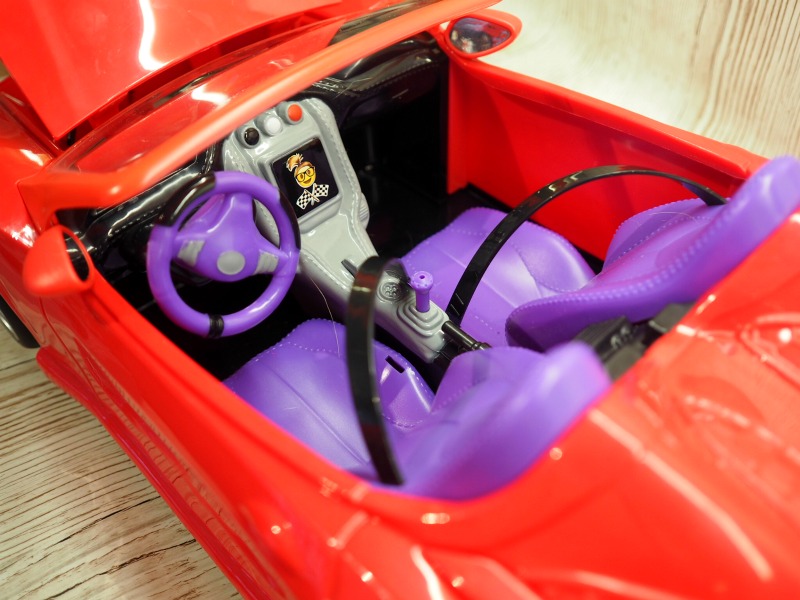 If you read the instructions, it says to add about 4 cans of water into the car when you first start but I would suggest you only do as much as it needs to get the lights flashing and turned on as for my son and I’m sure for a lot of children, the magic of the lights coming on and them filling it up themselves, is what makes this car different to any other that I have come across. Even then, with just a little bit of water, it still runs for a good length of time. If you do add too much water and your child wants to start it again from scratch, you can just open the petrol cap and pour the water out into the sink.

Now most of our house has wooden floors downstairs and the car ran really well but it couldn’t manage on our un level rug and although it could drive forwards on our lino in the kitchen, it struggled to turn / reverse on it as the wheel that controls this is a small wheel in the middle of the car towards the front. Sadly, it drove really well on carpet when going forward, but like the lino, struggled to turn / reverse which is a big shame. I can’t say for sure but I imagine that it would run on laminate floor as it’s similar in texture to wood.

All in all, I really like the car and think the fact that you fit the engine, plug it in with ‘real’ plugs and pour water in to make it work, are fascinating and a fabulous addition to any toy. My son adores it. He plays with it non stop and loves to show anyone that comes to the house, how it works. The moment the lights come on, still gives him joy and excitement. The steam that comes out for as long as a button is pressed is just incredible and I want to know how it is done! Surely there isn’t something inside the car that heats it to boiling point? How?! Maybe I should have concentrated a little harder in science at school or maybe should watch a few episodes of Project MC?!

I hope you enjoy our video of the car in action and my son’s reaction to it. Priceless. 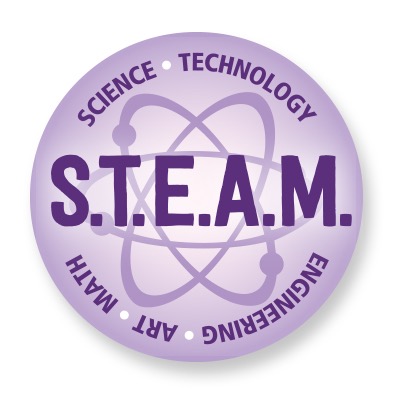 Disclosure: We were sent the Project MC H2O Car for the purpose of this review however, as always, all views are my own.