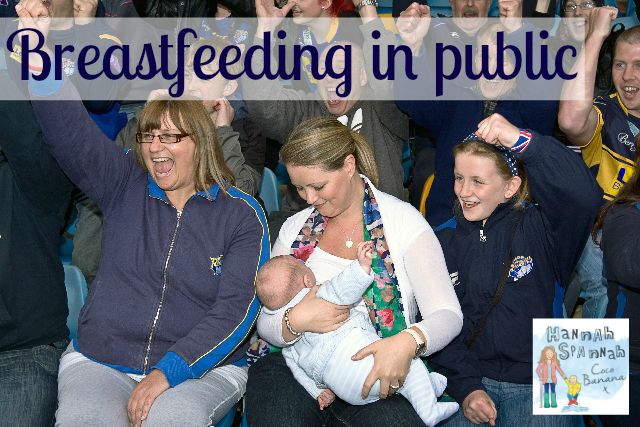 Thanks for hopping over from My Mummy’s World and welcome to my post for the Keep Britain Breastfeeding Scavenger Hunt Day 2 Positive Public Feeding we have over £700 worth of breastfeeding and baby goodies up for grabs including prizes from Snoob with a breastfeeding scarf, a goodie bag from Forever Patricia and a breastfeeding necklace from Booby and the Bead.  Full details of the Grand Prize can be found here and all entries to be completed via the Rafflecopter at the bottom of this post.

I really wanted to take part in this blog scavenger hunt but also didn’t want to look as though I was a lactivist and bashing Mum’s who had chosen to or had no choice but to bottle feed. I have friends who breastfeed exclusively, friends who formula fed exclusively and one friend who breastmilk bottle fed. Each to their own and non are anything less than amazing mothers. I myself both breastfed and formula fed. In fact, sadly (only because I was desperate to breastfeed) my son’s first feed was formula from a cup.

I worked so hard to breastfeed and will tell that story soon but I want to talk about breastfeeding in public.

It can be such a scary thing. I am fortunate that although I am quite a shy person (although you’d never know it as I compensate by being quite bubbly and loud!) and I care what people think about me, if it’s something that I am passionate about and believe in strongly, I don’t give a monkey’s what other people think. I am confident in those decisions and so off I go. Thankfully, this is how I felt about breastfeeding in public. Every time I started to unhook my bra and fiddle with my top, I looked around in case someone was watching. After my son latched on and I adjusted my muslin or top, I looked around again, ready with words to shut down anyone who dared to be negative towards me but instead I got knowing smiles from grandmothers, ‘gorgeous/cute’ eyes from mothers that had passed the stage and most other people hadn’t noticed.

In the beginning and because little man was born in January, I used to feed under a woollen poncho but that soon became too hot. It was handy to use at my Mother in Law’s house as well as she wasn’t a fan of breastfeeding……hilariously, once, we were both too hot and so I took the poncho off when my Father In Law wasn’t in the room. He came back in later and came over to see little man. I kept thinking he was going to stop and not peer his head right around to little man’s face but no, he had no idea I was feeding and was so embarrassed when he realised! It just goes to show that unless people are looking for it, they can’t tell. When we were out and about, until we both perfected latching on, I would use a large muslin or shawl to protect unnecessary flashing of nipples and once latched, I would remove this as I felt it was unfair for little man not to have free flowing oxygen around my son as he fed.

I had some fabulous feeding tops that you could pretty much only open the gap enough for your baby to latch on or I would wear a vest top with thin straps that was stretchy enough to be pulled down and then wear whatever I wanted to on top. This meant that I could pull my top up and not expose my rather expanded midriff to the world. This is one of my top tips to those that don’t want to buy special clothes or are lucky enough to fit into their pre pregnancy clothes quickly.

Once I got started, I fed everywhere and anywhere. I noticed a call out for local Mum’s to take part in a breastfeeding photoshoot to be used to promote breastfeeding in local NHS clinics etc. The photographer, Gracie Rogers was lovely and she suggested a fabulous location – A Leeds Rhino Rugby game! How could I say no?! Off little man and I went and we went to the seats. We waited for them to fill up and grabbed a few volunteers from other stands and asked them to pretend that a try had been scored and react accordingly although silently so as not to upset little man! We had lots of fun during the shoot and the photo is actually used on the Leeds NHS website which makes me feel proud. Unfortunately, he had just unlatched in the photo but it must have been the best one she got! 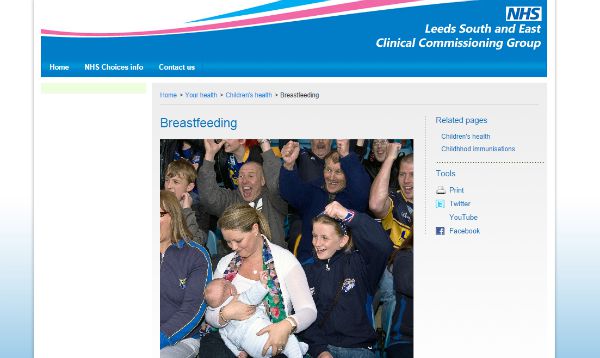 “I spent the first feeding months of her beautiful life feeling nervous and awkward and wanting everything right”.

This is a quote from my favourite poet. Her name, if you don’t already know, is Hollie McNish. She is fabulous and I was lucky enough to get tickets to her tour last year and meet her. 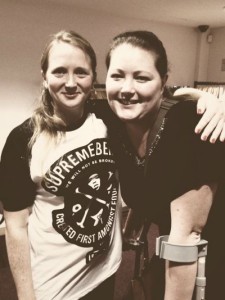 If you are not easily offended by a little swearing (she says p**s and shi*e but not just for the sake of it) please take the time to listen to this poem. It is excellent and she travels around the country being asked to speak at events that promote breastfeeding and other parenting days. I believe, from what I’ve seen on social media, that she has filmed a program with channel 4 about feeding in public so keep our eyes open.

To enter the giveaway:

For more positive feeding in public experiences please hop on over to Run Jump Scrap where you can gain further entries into the grand prize draw. Full terms and conditions can be found on the Keeping Britain Breastfeeding website. UK residents only. 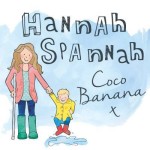 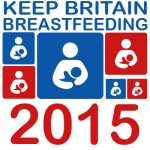 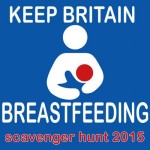