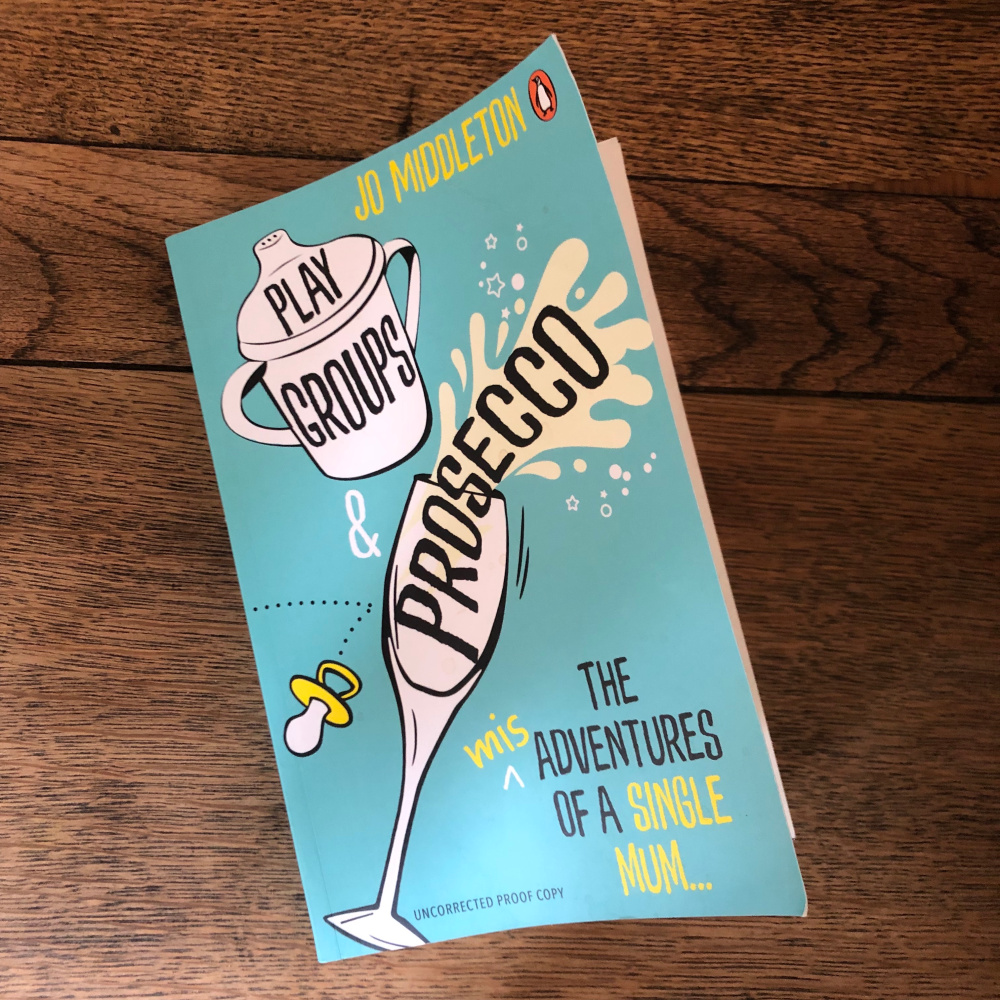 *I was given a copy of this book, at no cost, for the purpose of this review. All views are my own.

THE misADVENTURES OF A SINGLE MUM by Jo Middleton

It was one of the first blogs that I read when I became a single mum. Jo, the Mum behind the blog was personable and real and I met her a couple of times at various events.

Over the years, Jo has written about many a subject – like me, she’s not a ‘niche’ blogger – she writes about whatever she wants, from life as a single mum, dating, and rants about ‘inspirational Instagram posts’ to pensions, ways to make money and how to save. For me, that is why she is so relatable.

I saw a post in one of the parent blogger facebook groups, asking if anyone would like to review her debut novel – ‘Playgroups and Prosecco, The Mis-Adventures of a Single Mum’, and I immediately said yes.

The world is a better place if we support each other and knowing how hard it is to be a single parent, I wanted to make some noise about someone who has managed to parent on their own, write an award-winning blog and a novel!

The book is written as a diary. Single Mum Frankie, has two daughters – a teenager and a 3yr old who spend alternate weekends with their Dad. Well, actually, technically, not her eldest daughter’s Dad but she’s still happy to go and he’s happy to have her. Her Ex sounds like a great man and Frankie agrees that he is, but they just grew apart.

Like a lot of us, Frankie scrolls through Instagram, feels inadequate and her life revolves around her children. She also has a mild Jaffa Cake obsession. I instantly warmed to her – she sounded like me.

Over the course of the book, Frankie, who hasn’t lived in Dorset for long, finds a group of friends that, to be honest, I wish I had. That group of friends with a WhatsApp group, where thoughts are shared, warts and all. Frankie’s Tinder messages make great fodder for her friends but she learns a surprise about one of these friends that she didn’t see coming.

Playgroups and Prosecco is easy to read and is a perfect book to take on holiday. Although it is a fictional novel, in my eyes, Jo has written about Frankie’s life with an honesty that reflects real life in 2019 and the culture of sharing the ups and downs of raising children. Add in dating and forcing herself to mundane jobs and you have a character that I warmed to and actually liked.

The book is a peek into the life of a single parent over the course of a year with the extra insight of knowing the ‘inside’ story. It’s a fab book for anyone to read – you don’t need to be a parent to relate to the Frankie’s Tinder escapades, you don’t need to be a single parent to relate to the internal dialogue of Frankie’s child-rearing fears, worries, and hilarious embarrassments. How many of us have had to catch their child’s poo in their bare hands? How many in public? In a fountain?!!!

Congratulations Jo on a fab book. Your book holds the title of being the first book that I’ve managed to read since I became a parent. 7.5 years ago!!