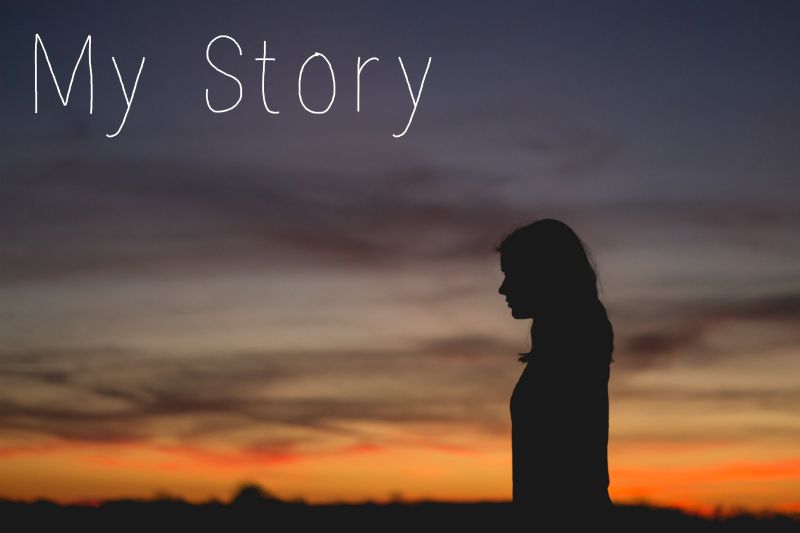 ***Please note that this post contains a photo of my baby being born by c-section and of a blood transfusion*** I don’t think that they are graphic but it’s not my place to judge…!

This is so hard to write. So much harder than I thought. I don’t know how many posts ago that I said I would write it but I’ve avoided it ever since.

I suppose, like anyone who suffers in anyway, their life changes. As do the lives of family and friends. You lose things and you gain things. Sometimes you lose the things you want to keep and gain the things you’d rather lose (weight for one!) but everybody’s life changes.
What kicks me hard in the windpipe is that my innocent son was born in the midst of this and despite my best efforts, despite how hard I have tried to shelter him and be there for him, his life, thus far, has been shaped by Fibromyalgia.

To keep it relevant, I’ll keep it short. Basically, I’ve always had a bad back. It’s hurt, I’ve occasionally seen the dr and been prescribed strong medication that I’ve not really taken or I’ve seen my chiropractor but it’s not really ruled my life.
I remember once when I was caring for teeny weeny premature twins. I had managed to get to the cot and was hanging on to the sides for dear life with this poor baby crying at me for milk. It was that pain where you know that if you move a muscle or relax your hands and start to take weight, it’ll be horrific. Well, there was nothing for it than to suck it up, grimace and pick the baby up. I did it, I sorted it and it never stopped me.

Fast forward to April 2011 and I’m 32, married (December 2010) and pregnant. My BIGGEST dreams had just come true. Everything I’d ever wanted. 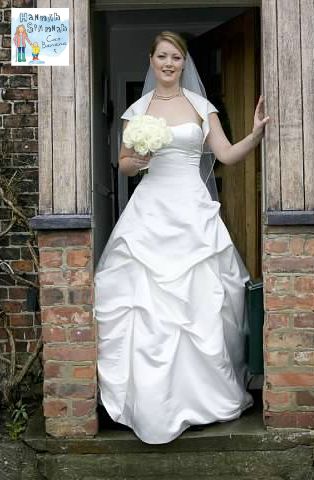 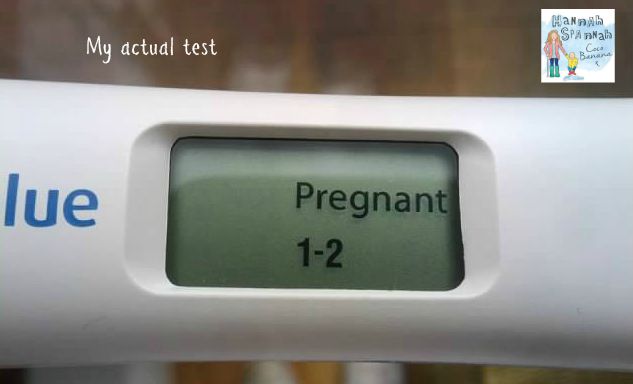 (Yes, I actually took a photo of my pregnancy test! I was so exited!)

I had the usual pregnancy niggles and aches and pains but you put them down to stretching and having every internal organ moved around!

At 18 weeks and 6 days gestation, (August 2011) my now ex husband and I had spent the day with friends. It was a bank holiday and so they were all drinking and I was tasting the entire virgin cocktail menu. Ex and I then went to get some food and walked back to the car. I drove home, had a few pains but nothing crazy, got home, sat down and when I stood up again, something ‘went’. The only way I can describe it is if something snapped but basically, just above the bikini line, something went and I shouted to ex to grab me as I felt that I had no core- I could no longer support myself.

I was helped to bed and I slept.
At about 2/3am I woke to use the bathroom and that’s when I found out just how much pain I was in. I couldn’t stand or walk. The pain was from my neck to my toe on the left hand side of my body. The right hurt a little but not noticeable in comparison. My god, I’m talking serious pain.
I got down and tried to crawl but even that was too much. I slowly made my way by crawling and dragging but was making more noise than I realised and ex woke up and helped me.

In the morning I tried to get up. To walk it off. We had a day of walking planned in the Yorkshire Dales ironically, one of our favourite things to do and I really wanted to try. I rang my mum. (My poor mum used to be a nurse and therefore is always the first port of call as well as being my mum!) Should I try and walk it off? Rest?
I decided to walk it off but when I couldn’t get dressed, I gave in.

As it was a bank holiday, I had to call the out of hrs dr who said it sounded like sciatica and to take some codeine.
The next day I was the same if not worse. An agonising trip to the drs resulted in an offer of hospital or to take 30-45mg codeine. I chose to try more drugs.

At this point I’d just like to point out that this was the last thing I wanted for my baby. I had avoided caffeine, artificial sweeteners etc from months before my pregnancy but I could not live through this pain. This wasn’t normal pain. This screamed at the top of its lungs and stopped my breath.

Low and behold, 30mg didn’t work and 45mg made me spaced out and didn’t work so I was sent to hospital.

The rest of my pregnancy proceeded like this. Codeine. Hospital. Crutches. 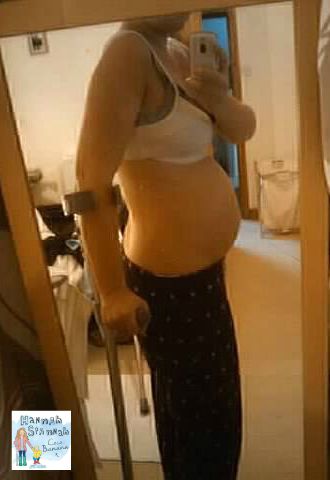 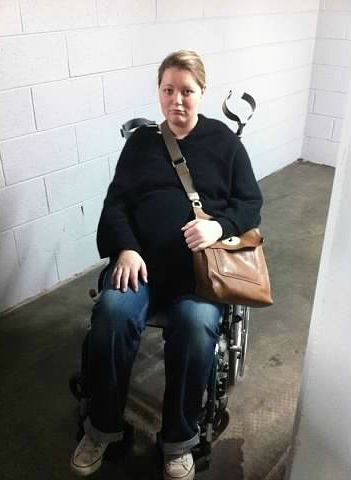 I went to an Obstetric appointment. My body went into shock from ordeal of leaving home. This led to an immediate hospital admission. Codeine. Home. Hospital. Home. Obstetrics appointment. Shock from pain of waiting. Hospital admission. Caesarean section booked. Tears as my beautiful natural water birth went out of the window. I even went so far as to beg to be allowed to try the birthing pool. I had a dry rehearsal (maybe things would have been ok when it was full of hot water and I was buoyant) and it as clear to staff that it wasn’t a safe option of god forbid they needed me to get out quickly. I cried for my delayed cord clamping, my birthing plan that they tell you to prepare, my low light, natural, calming music etc birth.

Throughout this time my ex cared for me. He cooked and cleaned and washed and had to care for me, washing, dressing and more intimately than either of us wanted. He was there for me physically but he couldn’t be there emotionally. He became frustrated with my sadness, loneliness etc and we fought and argued so much.

My parents and sister were amazing. On every day off they came and kept me company, cooked food, cleaned, washed and ironed and my sister even spent her lunch break with me in bed.

Up until this point, I’d been told I had Symphysis Pubis Disorder or pelvic girdle pain (see blog post How do you choose a title every time?!)
and although yes, I did have this, it wasn’t the cause of all the other pain. Even the midwives said that this seemed more. I was however told that I should improve after birth.

Low and behold, the day came and my little man was born by C-section. 12th January 2012 at 14.14 and the birth was made as special as possible as the surgeon took the screen down and passed my son straight to my arms before even clamping the cord. It was and still is the most amazing experience of my life. Read about it here. 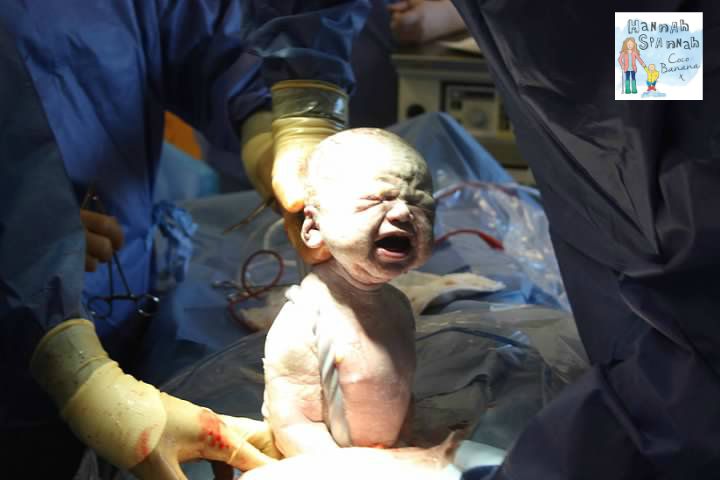 I recovered slightly although 4hrs after surgery I had a massive postpartum haemorrhage (read how they saved my life) which set me back and I wasn’t given a blood transfusion for 4 days. I did however slowly walk out of the hospital, with crutches but vowed never to use them again. 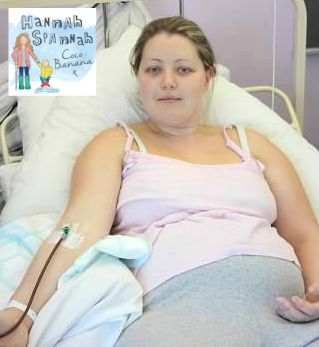 During the blood transfusion. Wow, I looked like hell!

Life moved on. I hurt but not as bad as during pregnancy as now I could take anti inflammatory’s and was taking a large dose of Diclofenac, Codeine and Paracetamol.
I never was able to walk far but I could take my little man for short walks and manage.
But then, slowly but surely, the pain crept back.
When little man was 4 months old, (April’12) we flew to Lanzarote for some winter sun (errr…winter wind more like!) as our last hoorah before ex’s business commitments were due to increase. 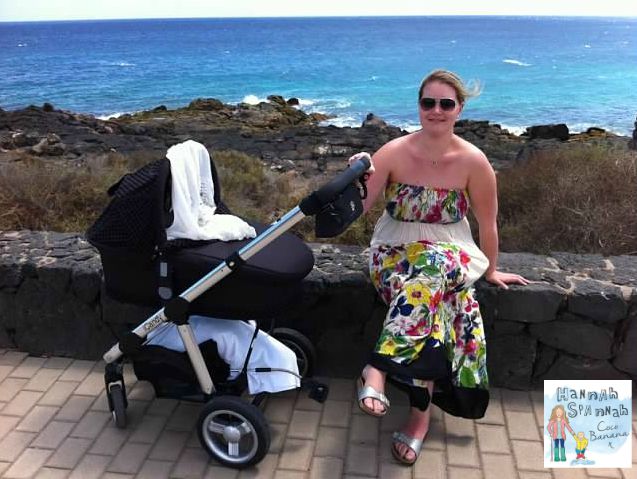 Whilst we there, every single time that we tried to take a short walk, we would end up coming back at a snails pace, me moaning that I couldn’t do it. My temperature would rocket (despite it not being particularly warm) I’d dive in a cold shower and then sleep for 4-6hrs, only waking to feed our son. I would dress for dinner, eat and then we’d go to bed. The next day I would be ok but this happened 3 or 4 times before we gave up. It was very disheartening and quite worrying.

Homeward bound and back to life. Ex threw himself into work and new commitments and I started the never ending trips to the drs. I began to get weaker and weaker and was struggling so much. I needed my husband and he was leaving for work before our son woke and coming home after he slept. Weekends were work too and daddy bath times were missed. I had to rely heavily on my family and inevitably, in June 2012, I was diagnosed with Postnatal Depression.
I struggled to care for myself and my baby boy due to the pain and my parents invited us all to stay. Ex thought it was a good idea and would come for dinner but not stay every night. Fine. He didn’t ever stay and left us shortly after.

Now don’t get me wrong, we had had a very hard pregnancy. Neither of us knew, but I was suffering from prenatal anxiety. I was so scared. Of everything. Not my pregnancy as such but of being late, of making a wrong decision, going somewhere new. My husband struggled to cope. I was very stressed. Our relationship was damaged.

I think I’ll end it there for tonight. Not for impact but it’s an ending and it’s a long post.

My heart was broken and I mourned for months, if not a year or more but I am comfortable with it now. I see a different side to the man I married and I’m sure he does of me. We weren’t the same people anymore and sadly he walked away. I am ok though now. No longer heart broken. Bruised and certainly not in a hurry to date again but ok.