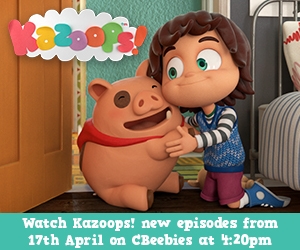 Even though Bear is 5 years old and a lot of his friends have moved on to different types of tv shows like Transformers or Power Rangers, I’m quite fussy about what he watches. Of course, he has asked to watch these other shows but I’ve managed to hold off this far as I want him to be a little boy for as long as I can – he’s got years and years to watch Superheroes and the rest. 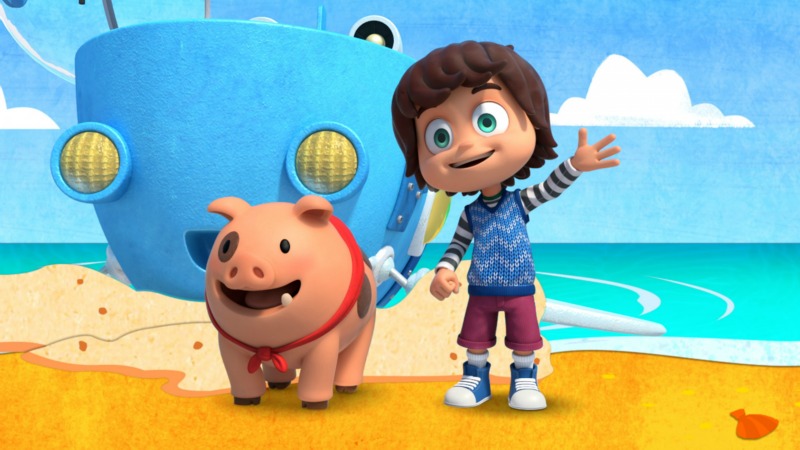 Thankfully, Cbeebies makes it easier to manage this as the shows are interesting and fun and I like that there is some kind of educational aspect – be it Maths / English / Geography or in the case of Kazoops, its all about thinking, imagination and friendship.

Monty Kazoop is a spirited boy of six, whose best friend is the family pet pig Jimmy Jones. In each episode Monty confronts a grown-up preconception about the world and sets out to challenge it, embarking on a wild imaginary adventure with Jimmy Jones in search of fresh perspectives. Every adventure is set to a unique song and a rich variety of musical styles are covered across the series.

We were really lucky and we were sent the first episode of the new series to watch. I was sure that we had watched the old series and as soon as I heard the theme song, I remembered it straight away. I love the music – the theme tune and also the songs from each episode. I had to do some googling to find out who the singer was as I was convinced it was Jack Johnson but it’s actually not. It’s a very similar vibe though.

So we settled down to watch the first episode of the new series – this episode actually airs tonight (17th April 2017) at 4.20pm.

I won’t give them full story away but in this episode especially, Monty is a bit of a day dreamer, as a lot of children are. I can remember many a day, becoming lost in my own world, inside my head and it used to often happen at school and get me into trouble! Monty starts to use his imagination to help solve a puzzle but Granny tells him that day dreams are fun but they won’t help. Dad then tells him that day dreams don’t help when there are real problems to solve but after a day dream adventure with the Day Dream Dragon, he helps to come up with the answer to the problem. 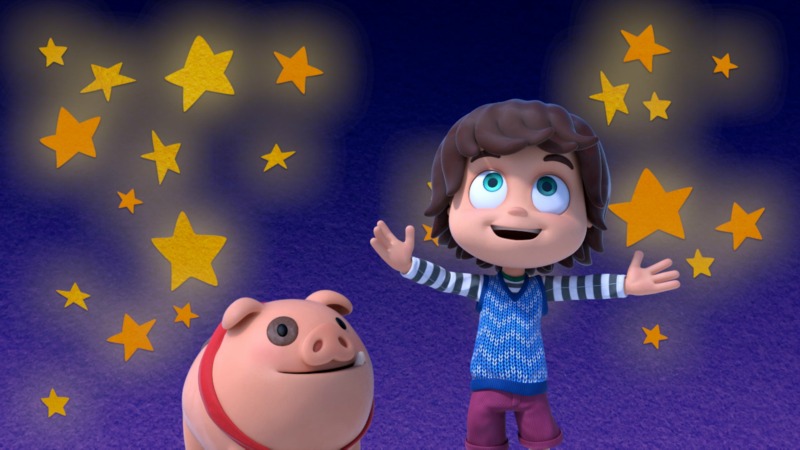 Bear enjoyed the story and I chatted to him about the fact that the grown ups were wrong – even though Monty was day dreaming, his idea made his Dad find the answer they were looking for. I liked that there was an apology for Monty as well.

Most children love to watch tv but with allowing them to, comes guilt but with Kazoops and other cbeebies programs, I don’t feel so bad as there is always a lesson to be learnt.

Don’t forget to tune in to watch the brand new series of Kazoops, tonight at 4.20pm on Cbeebies