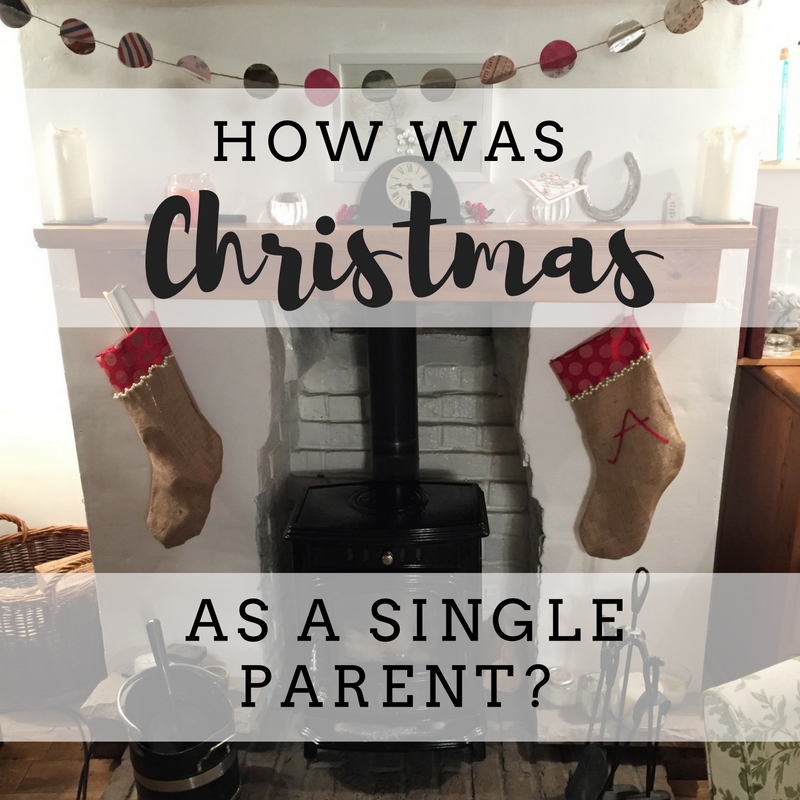 In December, I wrote about The Challenge of Co-Parenting at Christmas and as it’s now behind us, it’s time to update about how it went. How was Christmas as a single parent?

Bear’s Dad wasn’t able to meet up to discuss plans but we were able to talk on the phone and we agreed away to approach Bear’s hesitance to spend Christmas with his Dad and girlfriend. It was down to me to execute it but thankfully, I managed it well and I was able to help him approach is positively. We were able to create the excitement and magic and focus this towards spending the day with his Dad.

The plan was for Bear to go to sleep at our house, Father Christmas to visit with his stocking and 4 gifts under the tree and then for his Dad to arrive at 7am.

On Christmas Eve, we visited Stocked Park and had a wonderful time, Skating and Nordic Skiing (I watched both but my wonderful sister accompanied him) and a walk around the beautiful Enchanted Forest.

What a wonderful day we have had. 😊Bear 🙋🏼‍♂️, Auntie Rachael and I went to Stockeld Park for our annual visit. I sadly can’t ice skate ⛸ anymore since I became unwell a few years ago but my wonderful big sister took him on the rink and he loved it ❤️️. Every year he sees the Nordic Ski track and he was so desperate to do it that despite their suggestion that it may be too much for someone under 6yrs old, again, my sister took him and the two of them were brilliant!! He made it all the way round and it wasn’t easy. Bear was asleep 😴 within 5 minutes of leaving. We all then headed to Mum and Dad’s where Rach’s husband was waiting and we had our traditional Christmas 🎄 Eve supper. Now, the big man 🎅🏻 has made an early visit, leaving a trail of glitter stars ✨ from the fireplace, to the tree 🎄, up the stairs and into his room where his stocking awaits. 🎁 (can’t wait to hoover that up tomorrow and still find it 6 months later) Happy Christmas everyone. I hope you all have a wonderful day xxx

Supper at Mum and Dad’s was lovely and then we dressed in our matching pjs, went home, Bear fell asleep, Father Christmas visited and I went to bed, excited for him to wake.

He started to toss and turn at about 5am and that was it, I was wide awake, excited to see his reaction. He came round at about 5.45am and his astonishment and joy was beautiful to witness.

Daddy arrived and Bear was very excited and showed him his parents. I wasn’t able to get any breakfast into him but I was able to get him dressed and out of the house by 8am. Woah, that wasn’t easy.

So for me, Christmas was over before it really began but it was ok, that is the way it is every other year and I can cope with it. Bear went to Church and had a lovely day with his Daddy, his girlfriend and her children.

Meanwhile, my parents arrived but we didn’t act as though it was Christmas Day. I finished my last bit of present wrapping, Mum began to prep food for our Christmas Day on Boxing Day and poor Dad had to go out in the freezing cold to put together Bear’s new surprise climbing frame.

The day went on and he needed some help. Long story short, the wind blew and a huge wall of wood ended up on my foot. It immediately bruised and swelled. We applied ice and raised it but after 40 minutes deliberation between Mum and I, we decided to go to A&E and get it checked whilst in the best position, rather then wait and have to ruin the next day. Thank goodness, they weren’t busy and an X-ray showed that it wasn’t broken but just badly sprained. All the joy! 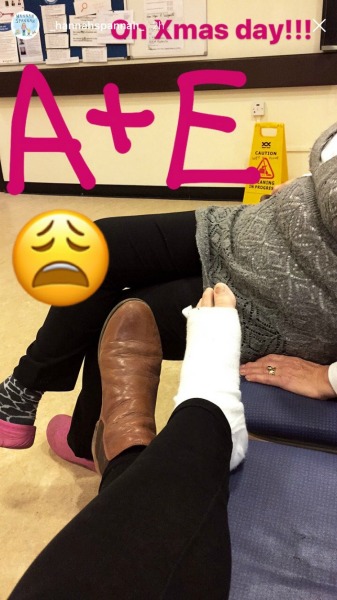 We got home, Dad had done as much of the climbing frame as he could and so he and Mum went home. Bear came back with stories of a lovely day and having even eaten half a sprout.

The next morning, he woke and was excited about the gifts that Father Christmas had given him the day before. I remind him that it was Mummy’s Christmas Day today and that there may be gifts under the tree and he raced downstairs. He enjoyed his presents but was a bit tired from the day before and so we snuggled with blankets on the sofa and watched a movie before getting dressed.

My parents, sister and brother in law arrived and we exchanged gifts before the big climbing frame reveal (wow) and then we played and prepared lunch and enjoyed the rest of our day.

So, that was Christmas. It went really well. Bear had a lovely time and that to me, is the most important thing. Of course, it wan’t the way that anyone would like it to be but I think we made the most of it. He was a bit tired on Boxing Day which did cast a little shadow and I felt as though our Christmas Day didn’t work so well as a present giver either. Father Christmas had brought some of his most anticipated presents and although he loved the gifts the ‘I’ bought him, it wasn’t so exciting on the 2nd day. I know that is silly but hey ho, Bear had a wonderful time and that’s what counts.

How was your Christmas? I hope it was wonderful, no matter how different it looked.