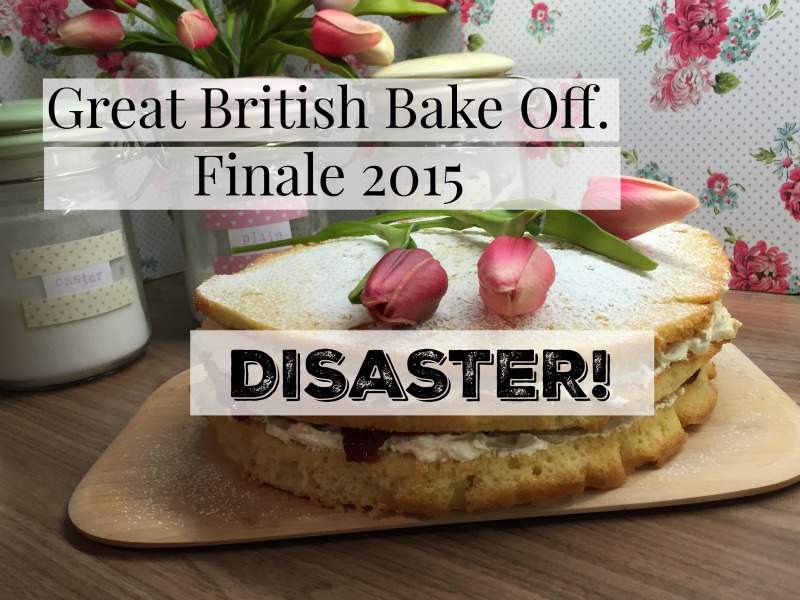 Great British Bake Off, the final, a disaster.

Oh woe is me. Take one look at that cake. Paul Hollywood would crucify me.

Finale week included iced buns (yum but time consuming) a technical that there’s no way I was attempting just yet ( 6 raspberry millefeuilles) and then my saving grace, the classic British cake. Hurrah! It’s in the bag! Not a prize that is. I won’t be winning the Great Bloggers Bake Off with this but I can make a respectable British classic. Easy. Or not as the case may be.

I watched the show and decided on my favourite cake in the world, A Victoria sponge cake with buttercream icing. I had a fab new product to try- Stork with Butter and also had seen Nadiya’s marshmallow fondant icing on line a few times and so thought I might add a fondant top for a twist and maybe a flower or two? The Stork made me nostalgic. It’s the only thing that my late Grandma would bake with and she was a professional cook in a private home. She even cooked for Royalty when they visited her employers. That’s a big enough endorsement for me!

I was going to make the cake on Friday with the boy. The day disappeared. I have no idea what happened to the time. Saturday saw little man with his Dad and so I wrote all day long. I would bake on Sunday. 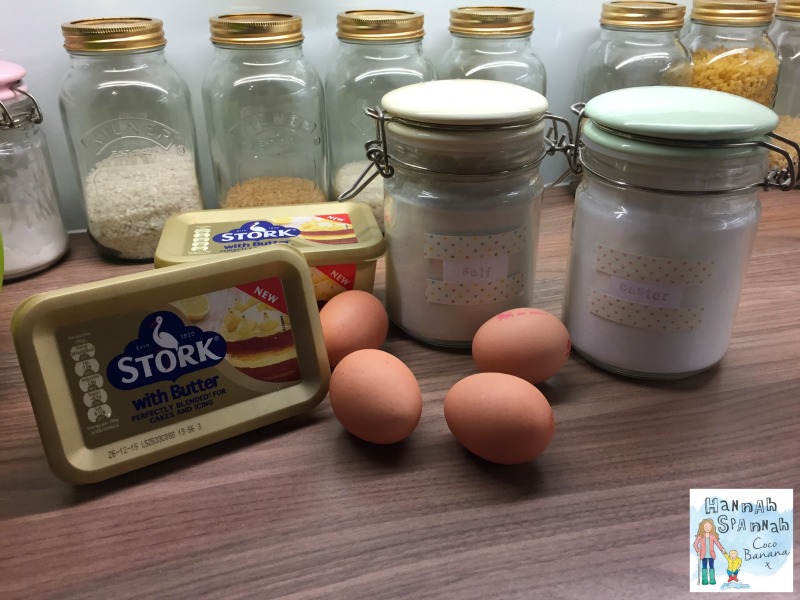 On Sunday morning I woke up with the most horrific attack of Vertigo. I couldn’t even sit up, let alone stand up. Brilliant.

I was able to stand by Wednesday. Wednesday I tell you! 3.5 days in bed! I was going crazy. My time was little man’s. So Thursday was baking day but my head just wasn’t right.

I used Mary Berry’s tried and tested Victoria Sponge cake recipe that I know so well and off I went. Now usually, as I’m lazy, I make it in slightly smaller tins than you should as I have two the same size and so they can cook together. However this time, I was going to do it right and use the one larger tin and just wash it in between baking each layer. Excellent. Except it wasn’t excellent. It was stupid as in a nod to the show, I had planned to make 3 layers instead of 3 tiers and so I should have used the two smaller tins that I usually use and it would have been easier on me to boot.

So, off I went. I baked using Stork with Butter for the first time and I really liked it. It whipped up really well ( I use my usual creaming method even though Mary herself uses an all in one method with this recipe) and really grew in front of my eyes with all the air that it appeared to capture. This is one of the benefits of using this product and can actually help your cakes to rise higher (if you divide your mixture equally). 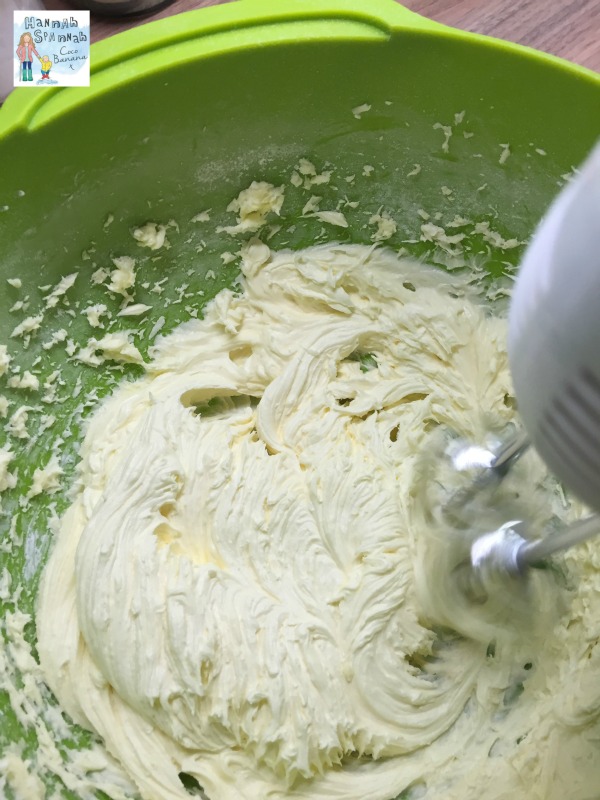 I then added the eggs and flour alternately until well combined.  I lined the base of my tin and divided the mixture  by eye, by pouring ‘a third’ into the tin.

I baked it for 20 minutes and out came a pancake. I should have used the smaller tins. Too late. I had already committed. Layer 2.  I halved the remaining mixture by eye and baked the 2nd layer for approx 20 mins. Out came a slightly thicker pancake. Layer 3 went into the tin and I was surprised by how much mixture there was for this one. Seems my eye for division isn’t that good. No. Really?! This one baked and out came a slightly more respectable cake. Nice and springy with good aeration. Shame about the others.

Buttercream. I tried the Stork with Butter again as it says it is suitable for icing and I wanted to try. It is indeed good for icing! I followed my usual recipe and it whipped up, went nice and pale and actually went glossy. I found that it had a slightly different, almost softer texture than ordinary buttercream but not softer as in not as stiff as you would like, but on your palate it seemed softer and smoother. Yummy.

I woefully took my cooled  cakes and spread them with raspberry jam and buttercream and then sandwiched them together.

Finally, I dusted with icing sugar and tried to make it look its best for photo’s. 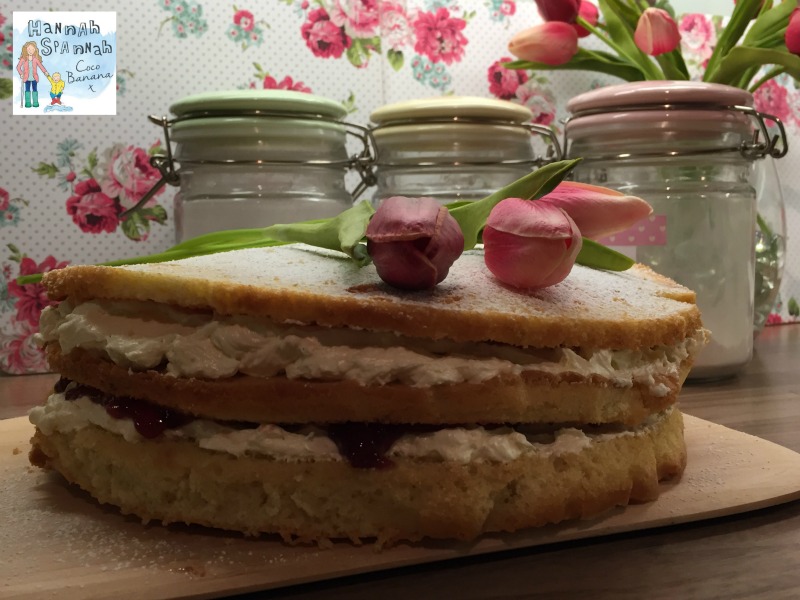 Oh dear. Mary would probably just avoid me if she was judging. However. It tasted divine. I won’t admit publically as to just how much of the cake I have eaten but I’ll be skipping weight watchers this week, lets put it that way. 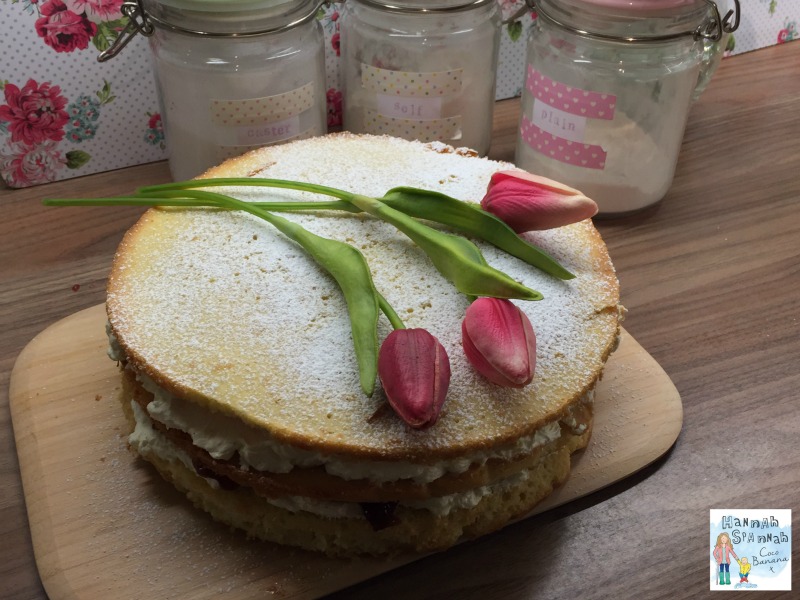 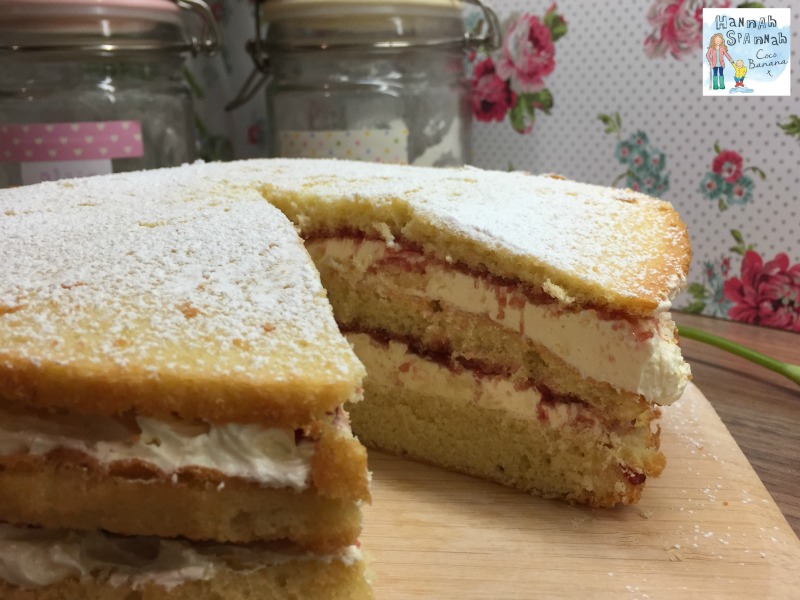 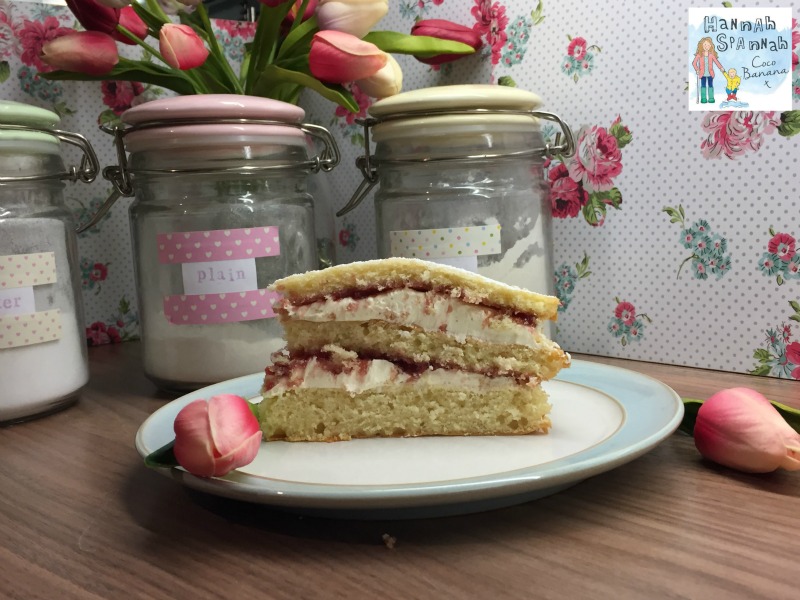 The Great Bloggers Bake Off, alongside The Great British Bake Off, has been so much fun. Jenny and the other hosts have put in so much effort and I’m so glad that I joined in. I wish that my operation had been put off or had gone to plan so that I could have joined in more but at least I have another year to hone my skills.

Thank you to Stork who sent me the Stork with Butter to try.