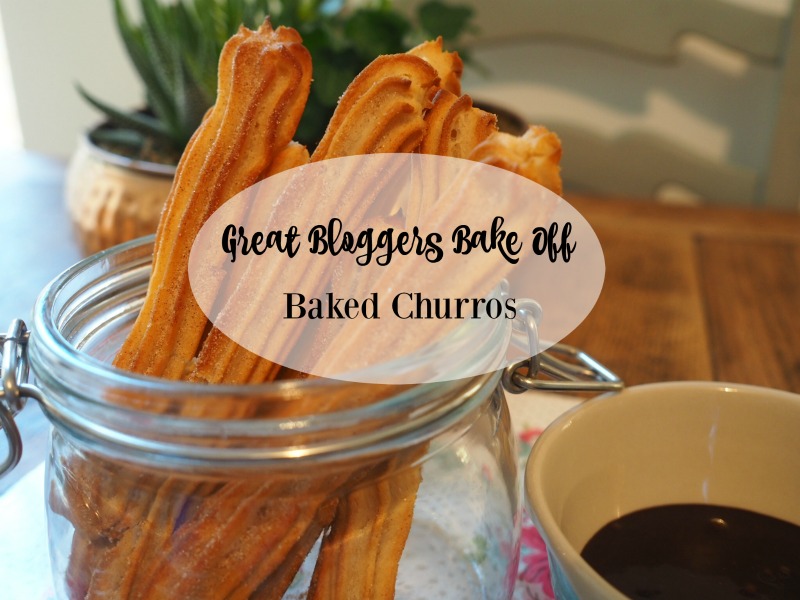 Time is flying and these Sunday’s keep rolling round so quickly! The Great British Bake Off air’s on a Wednesday but Sunday’s have been the day that I take part in the Great Bloggers Bake Off. This week is week 4 and for the first time ever, I guess in an effort to keep the show from getting boring and stale, it is batter week and I am making Baked Churros.

Yorkshire Puddings was a no as I have made them so many times and they aren’t anything new or special to me. I’d love to make lace pancakes and we often make pancakes at home but I couldn’t get hold of a squeezy bottle in time to join the link up that I enter this post into. I seriously considered using a ketchup bottle but didn’t think it would work so well and decided to wait until I get a more suitable bottle. So that left Churros but I don’t have a fryer, nor do I like to fry anything as I can’t stand the smell. So what the hell was I going to do? Bake them, that’s what.

First, I had to find a recipe. There are lots of different one’s out there and if you watched the show, you’ll have seen that they mostly went for crazy jazzed up recipes. I went for a simple and traditional Spanish recipe that doesn’t contain butter or eggs. A) because I have eaten proper churros in Spain, for Breakfast a couple of times and like to be authentic and B) because I really had no inspiration and am suffering from fatigue this week so my brain wasn’t up to anything taxing like developing a recipe. Who am I trying to kid?! My idea of recipe development involves throwing stuff in a bowl and hoping it works but I wasn’t even up for that! Oh woe is me…..(I’m actually fine and writing this whilst snuggled in bed). 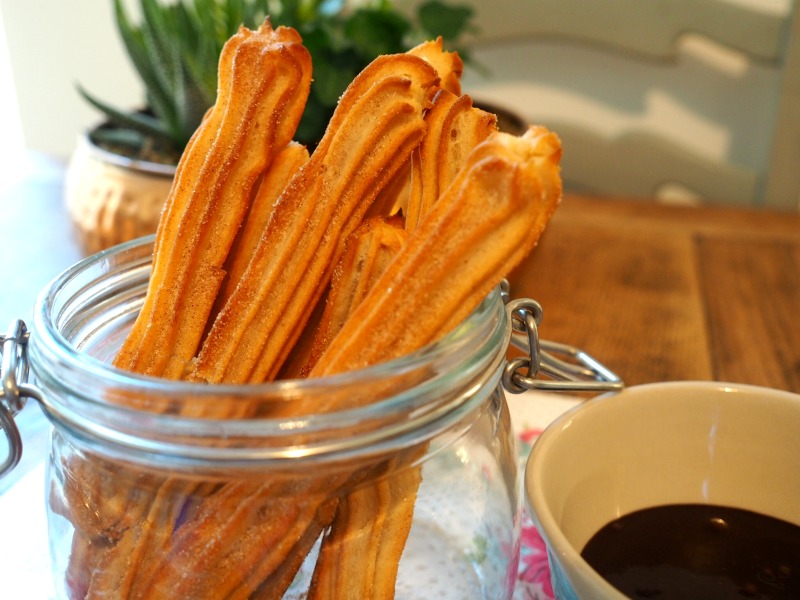 They were really easy to make but I didn’t add enough water at first and had to add some after the dough had formed a ball, which wasn’t the easiest! I read that a few people suggested that you use a hand mixer to mix the dough but seriously? I had to, in order to get the extra water combined properly but the dough ‘climbed’ up the mixer paddles and turned into one giant ball, enveloping them. Oh dear. I then obviously had to get the dough off them and tried with my hands but those of us that made papier mache in the 80’s, will know that flour and water = glue. That was fun. 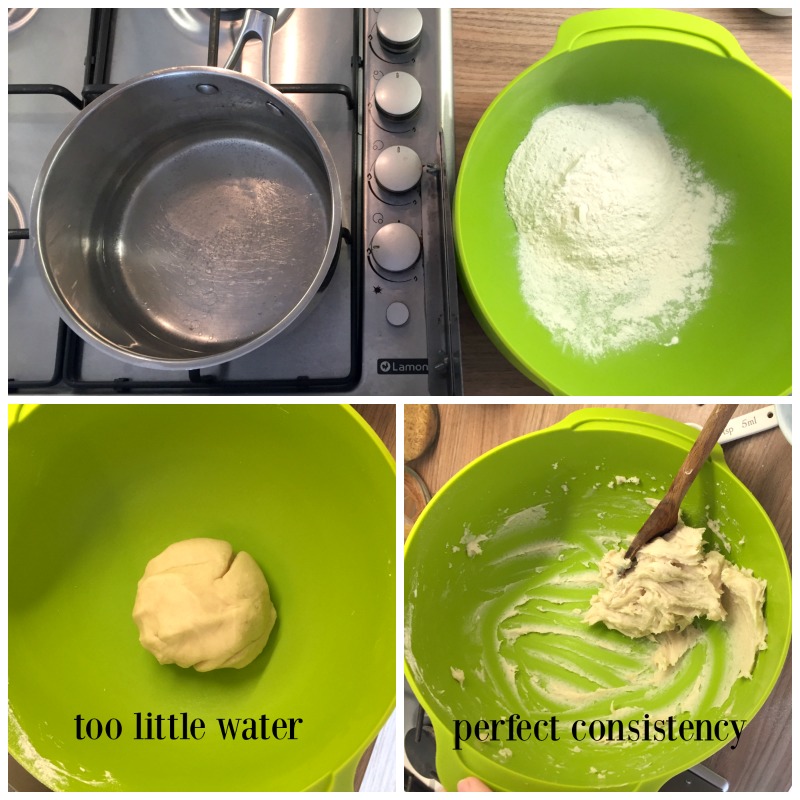 I brushed a baking tray with oil and put it in the oven to heat. I finally rescued the dough and managed to get it into the piping bag and piped it onto the hot baking tray. I then used a pastry brush to brush oil onto each one. 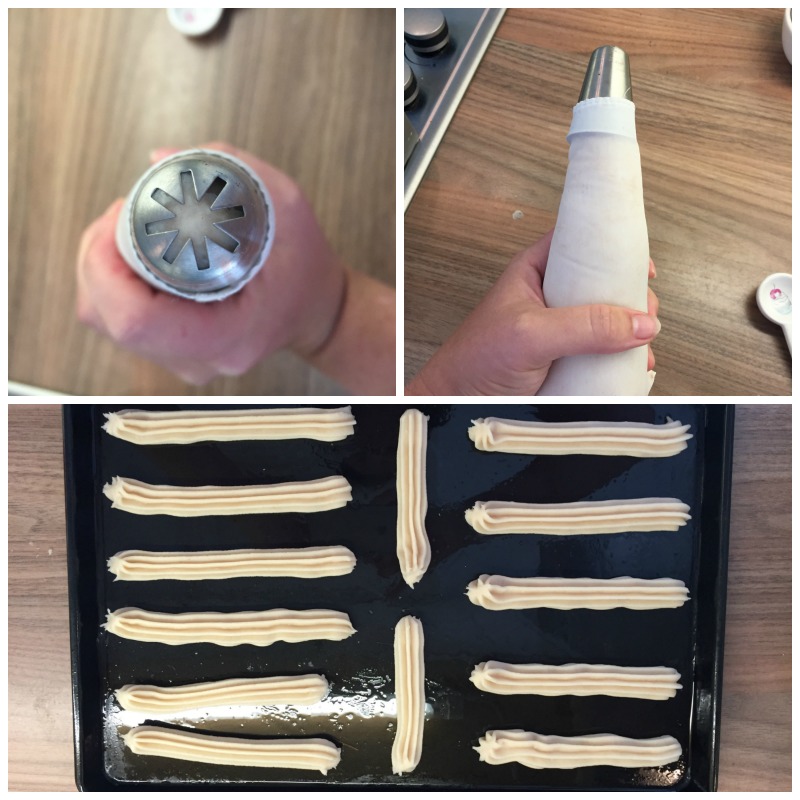 They looked great, I put them in the oven and cooked them for 20 mins. When they were cooked, I rolled them in cinnamon sugar and ate them with a chocolate sauce that I threw together. They were great! Very crispy and really not too dissimilar from ‘proper’ Spanish ones. 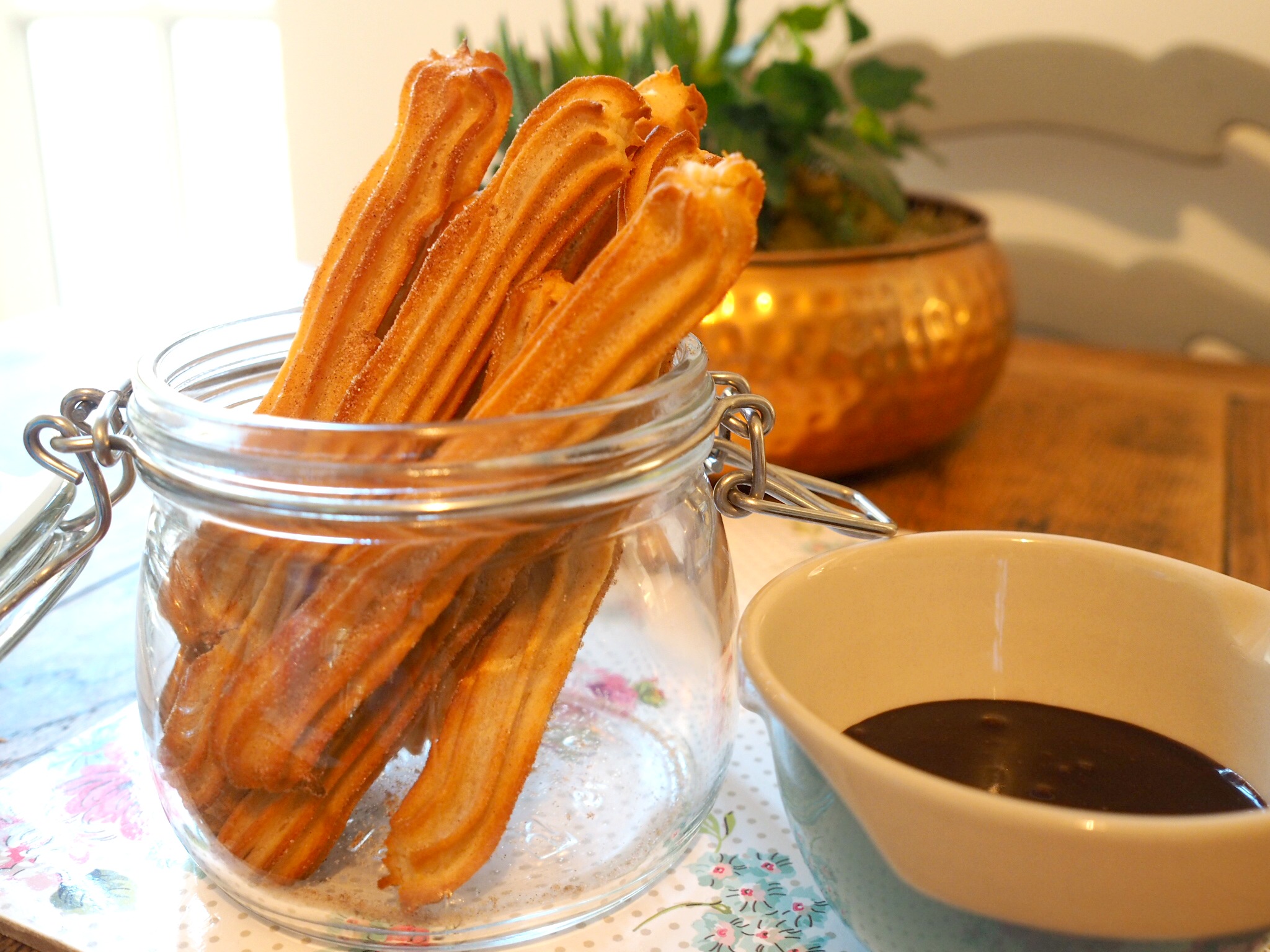 So, all in all, not a bad result this week. I really enjoyed making them, and eating them (!) but nothing beats a good old fluffy pancake for me!

Here are all my other bakes from this series:

Week 2 : Gingerbread 3d Story (I won Star baker for this!)