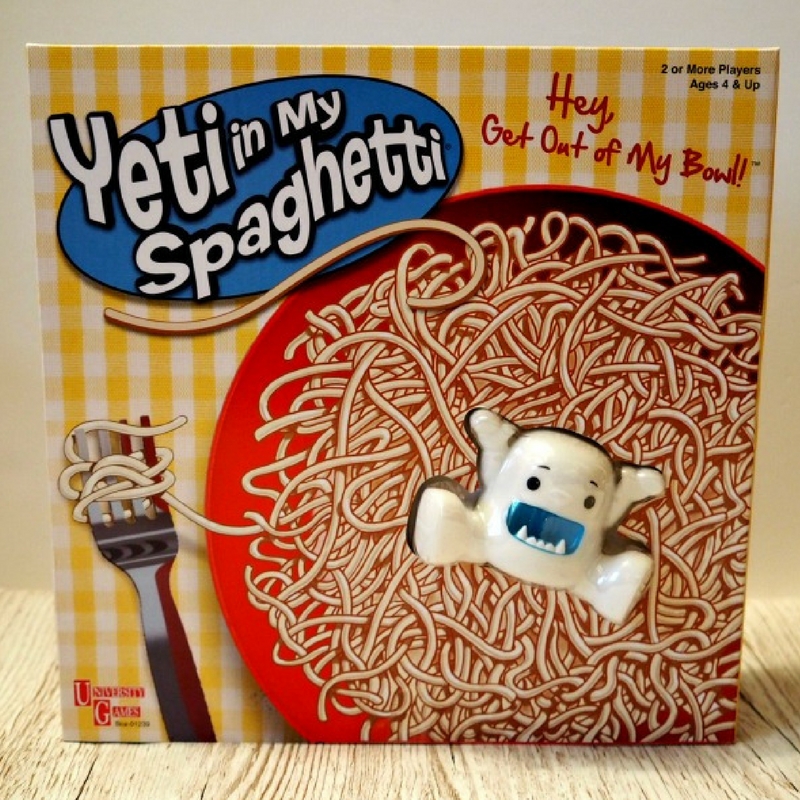 Games are big in our house and games night is more of a ‘games all day’ whenever they take our fancy to be truthful. I love playing lots of different types but Bear is leaning towards games that have a bit of action or jeopardy. Yeti in my Spaghetti has both for children aged 4 and up and we love it.

What on earth is Yeti in my Spaghetti? 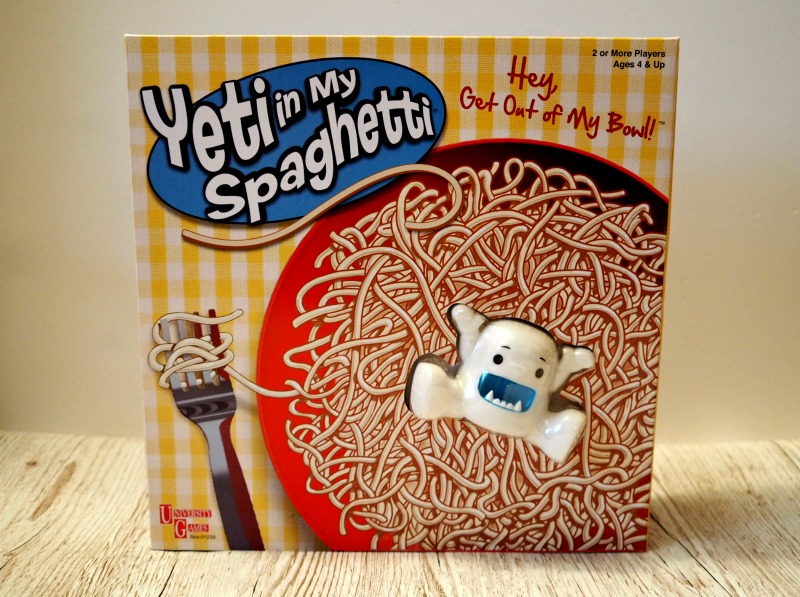 Ok. So that little guy above is ‘Yeti’, and he’s in a bowl of spaghetti. However, no cooking is required, in fact you don’t need to venture anywhere near your kitchen. Everything you need is in the box.

The box contains a Yeti (who is rather cute and when hanging precariously, looks adorably worried), a red bowl and lots of plastic, wavy spaghetti noodles.

The premise, reminds me of another game that we have where you have to pull out sticks and try not to let marbles fall. The huge difference between that game and Yeti in my Spaghetti, is that it takes ages to set the other game up and Yeti is ready in less than a minute. I have to set up the other game whereas Bear can set Yeti up, yes, again, in seconds. The other game isn’t always so stable, especially with younger children who might be a little exuberant, and can send marbles  everywhere whereas Yeti is pretty stable and easy to tidy up.

So, we’re games night ready, how do we set up and play?

Put the bowl on a flat surface. Lay the noodles on top. The more haphazard and messed up, the better. Sit the Yeti on top. Set up. Done. 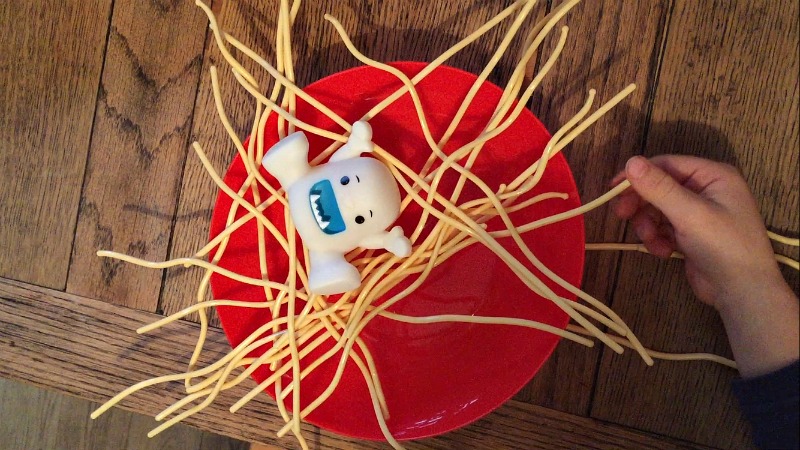 To play, simply take it in turns to  g e n t l y  slide out a piece of spaghetti, without making Yeti fall into the bowl.

To begin with, we only managed to remove about half of the spaghetti’s before Yeti took a tumble, although he does cling on remarkably well due to the angle of his arms and legs, but, with practice, Bear especially, adapted his technique and we ended up down to the final few, lots of times.

But there were a few hairy moments…..

We’ve had a few ‘games nights’ since Yeti in my Spaghetti entered our house and it hasn’t become boring. I mean, just look at his face. He really enjoys it. He gets great satisfaction from being able to get it out and set it up by himself and then a real sense of achievement with every piece of spaghetti that he manages to remove. As it’s always different, and because the spaghetti’s are wavy and need teasing out in different ways, I really don’t mind playing it with him and I don’t have a huge advantage over him. The more we play, the more he has really started to think about the cause and effect element.

So. Bear is 5 years old and it’s a perfect game for him. Younger children would understand how to play it and could most likely manage it and older children will be able to set up with friends and play independently. It’s also the perfect gift to give as a birthday present, especially for school friends whose current toy obsessions, you may not know.

It’s a definite thumbs up from us.

*Disclosure: We were sent Yeti in my Spaghetti by University Games in order to write a review but as always, all thoughts and opinions are my own.

Pin this to remind you for later 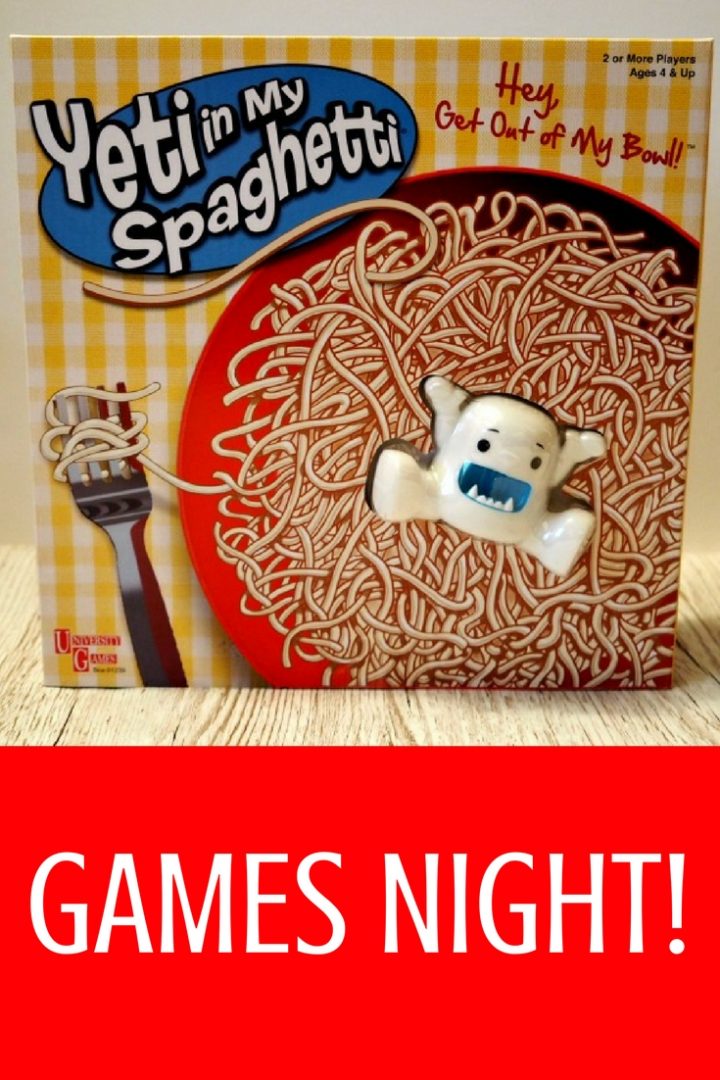