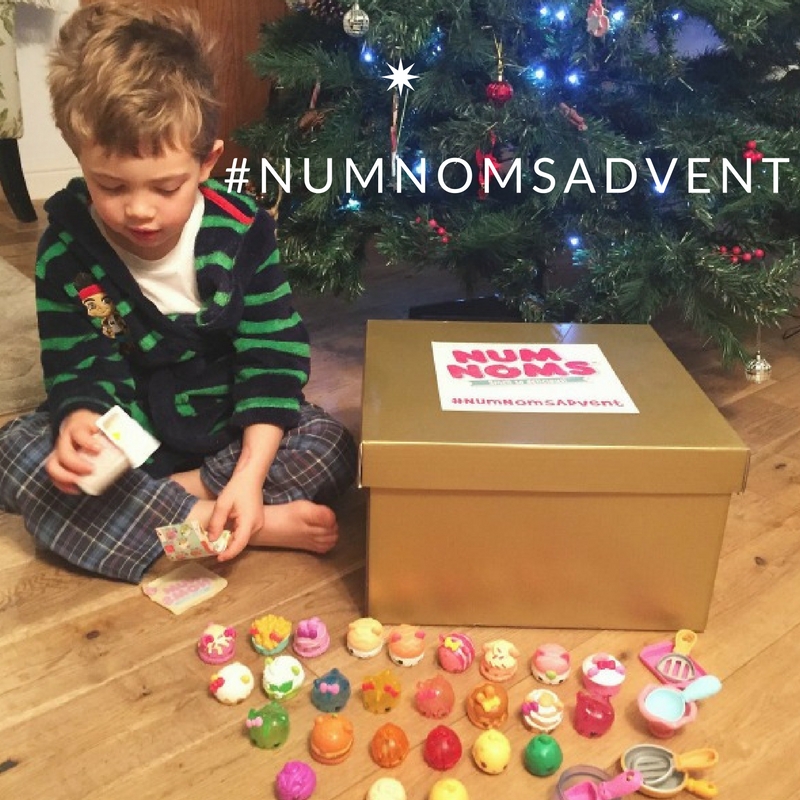 I was really touched when Bear was invited to take part in the Num Noms Advent. Lets face it, he doesn’t need anymore toys at this time of the year – it’s his birthday in mid January and so this is a time that the house gets overrun with gifts but we did have a clear out for charity and so I couldn’t say no as I just knew that he’d like the idea of amassing a collection.

Num Noms, for the uninitiated amongst us, are these v e r y cute little creatures in the shape of foods. Series 2 is currently on sale and the Num themes are Ice Cream, Diner Food, Brunch, Jelly Beans, Sushi, Pizza, Freezie Pop, Fair Food, Cupcake and there are further special edition ones as well.

The idea is that you can stack the Nums (the super squishy, highly decorated and scented creatures) and the Nom’s are slightly smaller and harder. These are either little ink stamps, lip glosses, or ‘go go’s’ which have a little battery in them. You press them and they vibrate and scurry about – either on their own or whilst wearing a Num.  Very cute and if you get 4 or 5 on the go at the same time, lots of fun.

The Num Noms advent is a giant golden box, full of beautifully wrapped gifts for him to open every day of advent.

He has received some fantastic sets of Num Noms which are themed and also some ‘blind’ pots which are a great surprise. The sets come with 4 or 5 Nums and 1 or 2 Noms and utensils that match the set. Bear’s jelly beans came with a sweetie jar and scoop and brunch came with a frying pan and spatula.

Ever since Bear had very painful chapped lips, he’s loved a good lip gloss and the Gloss Up’s that he received in each blind bag are all being used. They all smell lovely. 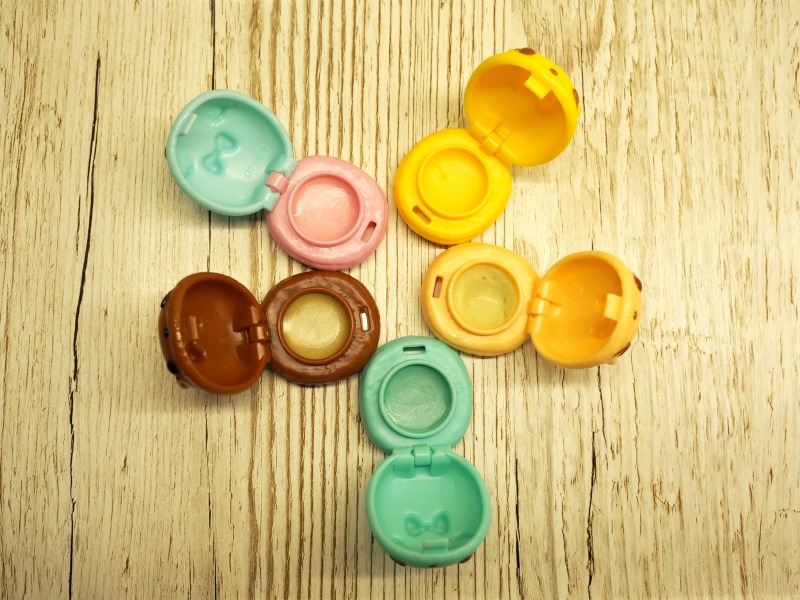 Num Noms are Bear’s first ever real collection. I remember collecting rubbers when I was little and these are like the better and more modern alternative. He loves just lining them up and counting them, setting the go-go’s off and he offers everyone a swipe of his gloss ups.

It’s only the 14th of December and there are many more surprises to come from his #numnomsadvent. He’s been watching videos on youtube and wants to make his own unboxing, so if your children like watching those sort of video’s, keep your eyes on our youtube channel.

Thank you to Num Noms for being so generous.