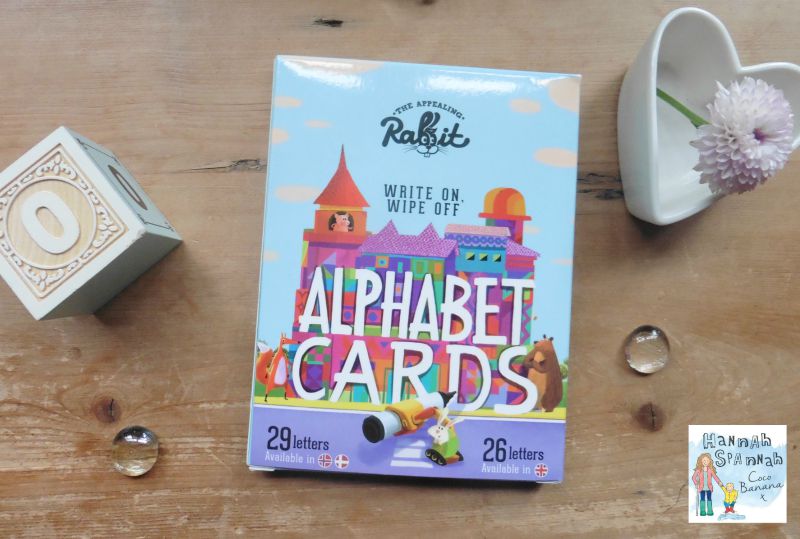 I’m slowly but surely getting into Twitter. It’s the hardest social media for me to get used to but I find so many great things on there.

One day I received a tweet about some writing practice cards by Appealing Rabbit.

I loved the name, logo and the product and then they story even more. The cards were designed by a father around the kitchen table in Norway. His now 6 year old was struggling to form his letters correctly and Dad decided it was time to do something about it. He took a blank piece of paper and ….

‘I drew an ice hockey field. I drew two goal keepers and several pucks around the field. My son’s goal was to use the pucks as a guide to allow him to form a perfect letter “C” around each puck. If he made the letter correctly,he would score a goal. If not, I would get the point instead. In a matter of minutes, my son was motivated and began making perfect “C’s”.’

Sven offered to send me a pack of his cards. I jumped at the chance as my little man, although only 3, has a real interest in writing and loves writing his name, writing on top of the letters that I write using a highlighter.

When the cards arrives, ‘A’ could not wait to give them a go. He loved the pictures and they captivated him for long enough! After a while I showed him the pen and explained the idea. I didn’t go so far as to play the game that is suggested on the box as I wanted him to just try them out.

What’s in the box?

There are 29 letter cards. 26 English letters and 3 letters that complete the Danish and Norwegian Alphabet.

A pen with Eraser 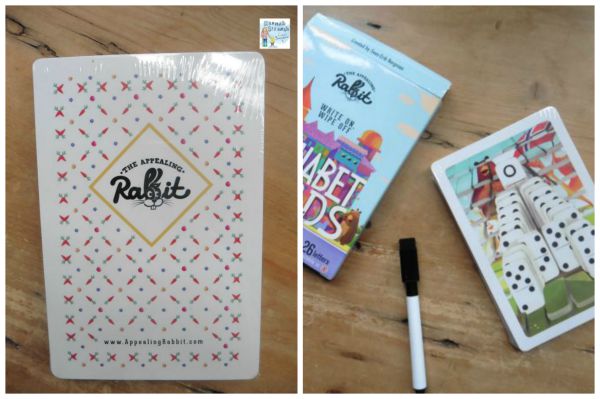 Well, that was that. he sat and wrote the entire alphabet! Not perfectly but who cares, he’s 3! When I showed him the eraser on the top of the pen, that set him off at rubbing all the writing out and starting again. 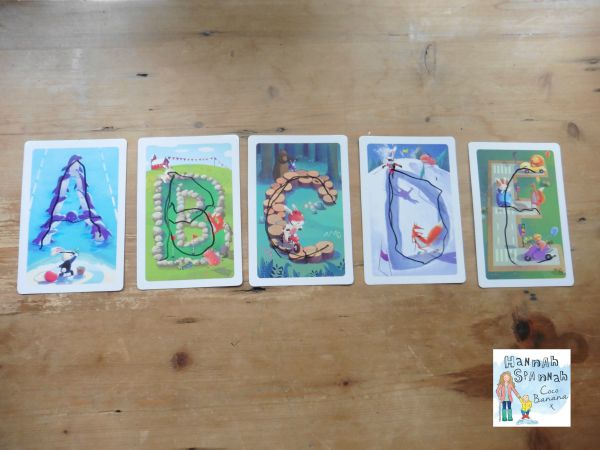 When he’s a little older, I’ll introduce the game option which is where your child gets a point for every letter that they write correctly and a penalty for ones that stray. I think it’s a great option for sparking an interest to write correctly but think it’s better for slightly older children as I don’t want my son to feel deflated at such a young age when his fine motor control is still developing.

Little man loves the cards. They are an almost daily activity for him and his control of the pen and the formation of the letters is really improving.

One thing that I would suggest is to look at how writing individual letters is taught in your country so that you can start correctly so that they don’t develop bad habits that will have to be unlearnt when they start school. Also, encourage the correct tripod grasp of the pen. I have included some FREE Printable charts below to show how your child will be taught or is taught to form their letters at school in the UK.

The only thing that I wish were different about the cards is that I wish they were available in lowercase. In the UK, children learn to read phonetically and when they start to learn to recognise the alphabet, they learn lowercase first. That would make these perfect for me.

I also added a little something to the game for my son – I wrote the letter that he was about to try, first on a piece of paper. As he is so young, he cannot recognise the alphabet and so he couldn’t quite see from all of the pictures, what letter he was writing. Maybe a poster showing each picture card with the normal letter beside would be a good addition to the pack? Just a thought.

I wholeheartedly recommend this pack of cards to any child from 3 years old or anyone who can hold a pencil and shows an interest. The game option means that I will appeal to older children too. It is a great rainy day activity at home but would also travel well to keep a child amused on a plane or train. 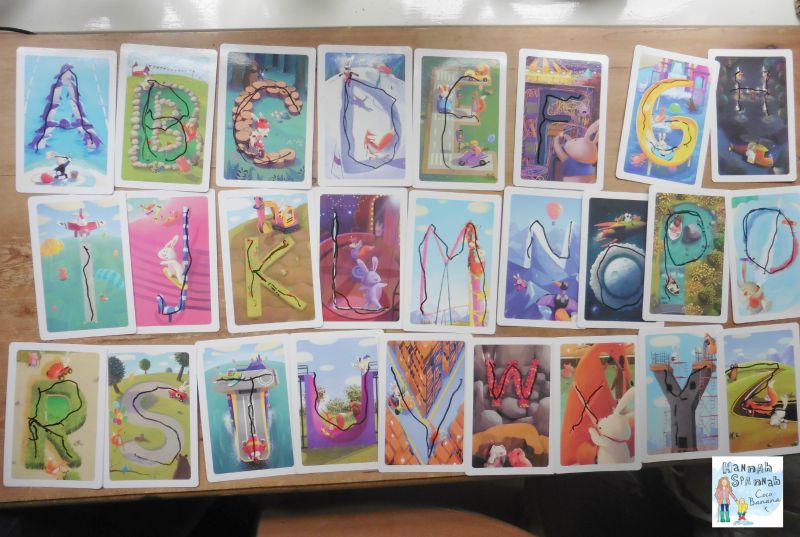 That is the entire English Alphabet written by my 3 year old son. I am more than impressed.

I am holding a competition for a reader to win a pack of these fabulous cards with an RRP of £9.90.

Click each link below for the free printables of how to teach children to write the alphabet.

Disclosure: I was gifted the Appealing Rabbit Alphabet Cards for the purpose of the review and as always, all thoughts and opinions are my own.